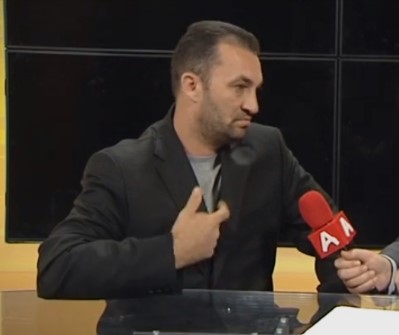 Senat Jasar, the municipal employee who was attacked by Mayor Kurto Dudus, spoke with Alfa TV about the ordeal he endured. The interview comes on the day when state prosecutors interrogated investigative journalist Ljupco Zlatev – for publishing the audio tape which revealed the brutal attack on Jasar.

The beating occured in April 2019, when Dudus blamed Jasar of bad-mouthing him. Jasar was locked by Dudus in the Shuto Orizari municipal building, where Dudus was elected Mayor in 2017, and was beaten, berated and threatened with a baseball bat.

He locked me in his office and together with another municipal councillor he punched and slapped me, Jasar told Alfa TV.

During the interview he also revealed that Dudus was pushing a scheme to set up a straw company which would apply to public procurement contracts associated to a public hospital. Dudus pressured Jasar to have the company registered under his name.

Dudus, whose main opponent in 2017, Elvis Bajram, was also attacked and badly beaten during the electoral campaign, is charged with assault, but is ignoring the court hearings. Meanwhile, in another sign of abuse of the judiciary by the ruling SDSM party, the police and the prosecutors are focused on the journalist who published the audio tape which secretly recorded Jasar’s beating. In it, Dudus’ voice can clearly be heard, as is Jasar pleading with him to stop the beating.