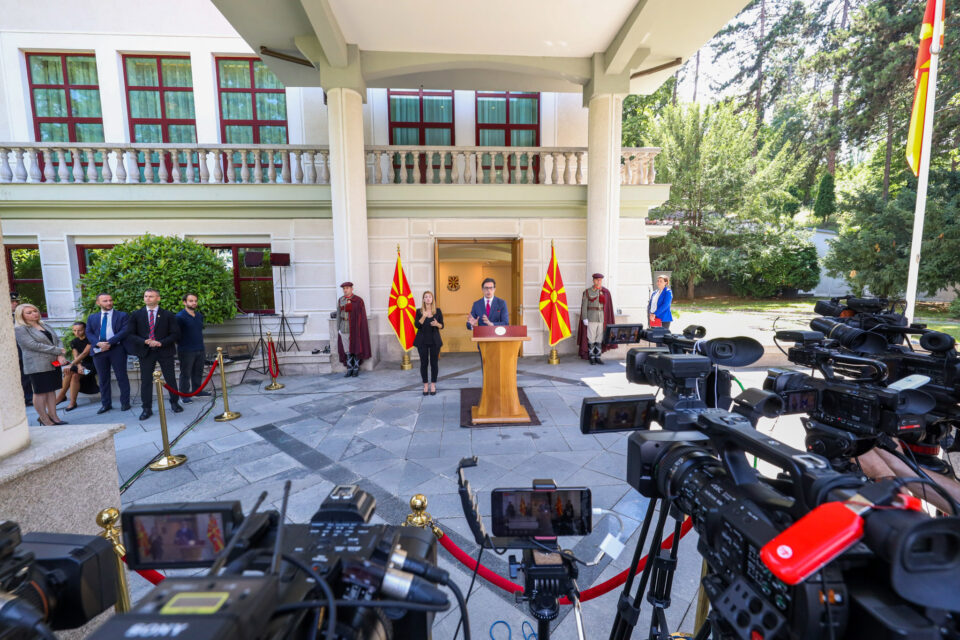 According to the results of the “Konrad Adenauer” survey, Stevo Pendarovski is the worst president of the country since its independence until now! The score slightly above sufficient 2 unequivocally shows that the head of state has almost spent the credit of the citizens and that at the beginning of the second half of his mandate, which puts him in first place among the previous presidents Kiro Gligorov, Boris Trajkovski, Branko Crvenkovski and Gjorge Ivanov.

Perhaps this is also where the feeling comes from that President Pendarovski is separating himself from the people and citizens, and more and more often his residence is becoming a place for holding various events, so slowly but surely the Villa “Vodno” seems to become a “royal palace”! And that regardless of whether the events are in his or someone else’s organization.

The last event was yesterday’s discussion entitled “Discriminatory speech on digital media-state and challenges”. The public debate was under the auspices of President Pendarovski, and organized by the Commission for Prevention and Protection from Discrimination and the Institute for Good Governance and Euro-Atlantic Perspectives.

But it should not be forgotten that Pendarovski was the first president, who did not give a speech on Meckin Kamen on 2 August, on 8 September he also celebrated it in the villa “Vodno”, although it was his turn to address from the center of Skopje in front of the monument of the first president of the Presidium of ASNOM, Metodi Andonov-Cento, and moreover, he rarely appears at major sports or events of any other type.

What is the reason for the flight from the people and citizens is his and his cabinet’s job of assessment and evaluation?, asks “Pressing TV” in its analysis.

But basically, behind the barely transitional couple and for this, lie the political reasons and the inconsistency in the positions on the key issues related, first of all, to the historical views of certain persons and events, the Treaty of Good Neighborhood, Friendship and Cooperation with Bulgaria, the French proposal and the launched initiative for a referendum about it. The maneuvering from bare populism, through statements that the ordinary citizen wants to hear, to the pure opposite of that and manifesting party affiliation and bare obedience give the results they give and should be deeply thought about. Although, he was elected as the first president recognized by all political subjects, unlike all his predecessors. 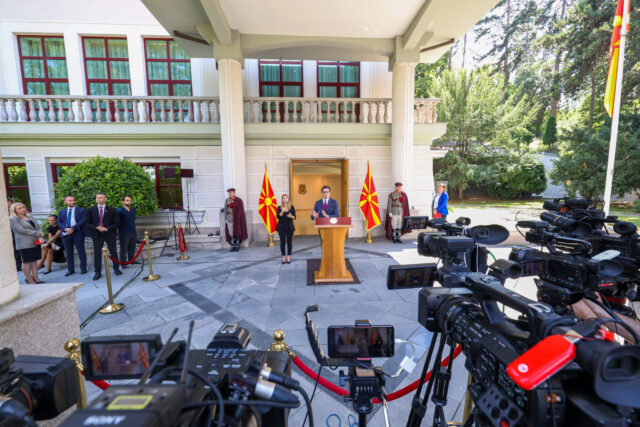 I am deeply convinced that the cooperation and joint actions of all stakeholders in society are key in the fight against discriminatory content in the internet space, but also in public life in general. The prevention of this phenomenon, which seriously shakes the basic foundations of any society that aims at inclusiveness, must become a national priority, President Pendarovski emphasized yesterday.

It is crucial, according to him, that “all those hiding behind the comfort of the keyboard know they are responsible for what they say or write.” 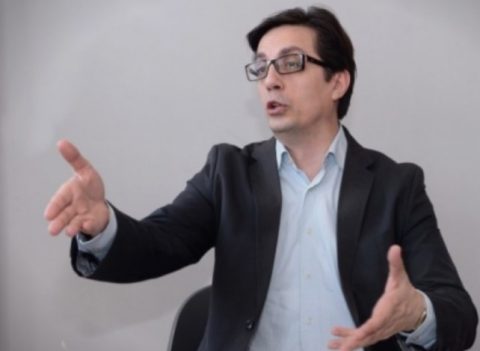 We must not reduce communication as it is now to a large part of negative energy, frustrations, attacks on the person, discriminatory speech, or hate speech. For this purpose, prevention is key. We should not allow discriminatory speech to grow into hate speech and undermine the foundations of a society that should rest on correct communication and reasoned debate, emphasized Pendarovski.

The head of state added that we must restore decency in communicating in our homes, at the workplace, in public and on social media, that is, as he said, measure the weight of our words.

Basically, the messages of the head of the state are reduced to what a person will acquire by the age of seven, elementary home manners and education. About the “weight of our words” it is no longer known who does not take account and who does not measure it, but who should measure the weight of the words expressed by President Pendarovski? Especially if over 57% of Macedonians feel betrayed by him!!! 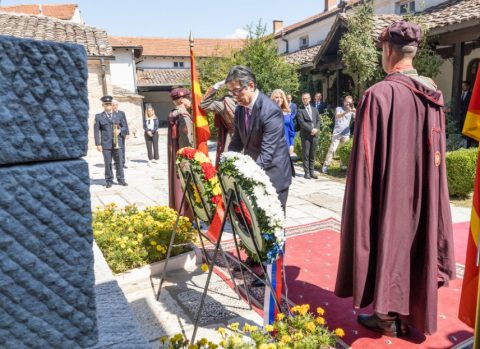