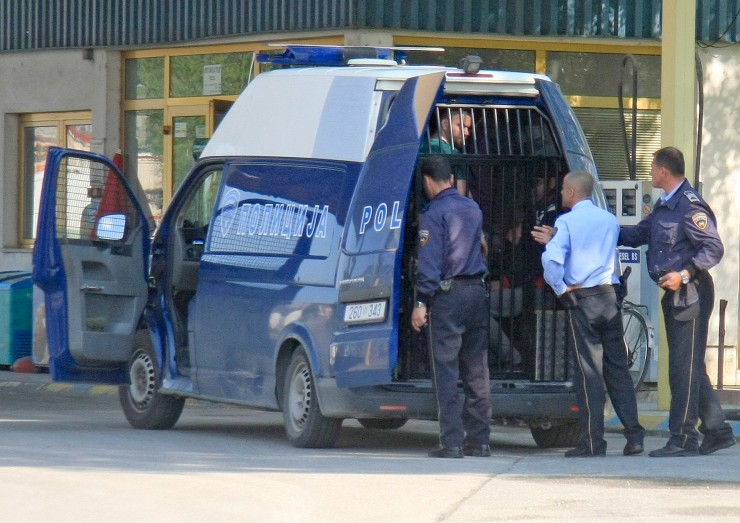 Prisoner Fidan Iseini (37) was able to flee from a police van as he was transported back to prison from a hospital examination after the two guards stopped to get sandwiches.

The guards were escorting Iseini to the Skopje clinic and were supposed to bring him back to the Idrizovo prison, when they stopped to get sandwiches. Iseini used the opportunity and fled from the van.

Iseini was sentenced to 7 and a half years in prison for violence and migrant smuggling. A repeat offender he had served a year and half from his sentence.