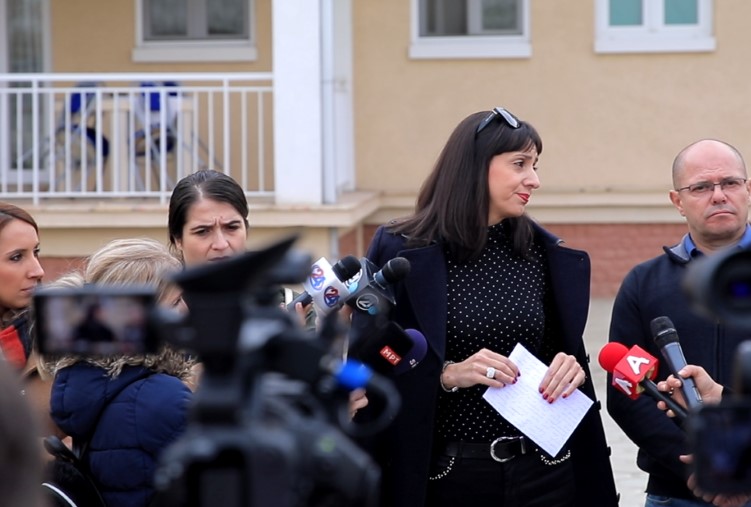 Citizens from Vizbegovo, a northern suburb of Skopje, protested today against the relocation of a number of troubled teens who are under the care of the state into their neighborhood. Local residents say that the youths are now roaming Vizbegovo, asking for cigarettes and alcohol and damaging their properties.

We think it would be best if they were mixed up with other people their age instead of kept together as a group. They have behavior issues and they won’t re-socialize if kept only among themselves, says protest organizer Katerina Todoroska.

Protesters calls on the Labour and Welfare Ministry to end the transfer of troubled youths to Vizbegovo.

Violeata Masevska Palic, who runs the program, responds that they currently have only three youths in Vizbegovo, and are relocating even this small group until the protest ends.

There is no need for these children to suffer from prejudices and be discriminated against. They ask us, why don’t the neighbors like and respect them? This is the first place where they had a warm meal and the care they lacked before in their lives, Masevska said.

Written contract for salary, not to depend on the will of politicians: Private medical residents stage a protest

Another protest for clean air planned for tomorrow