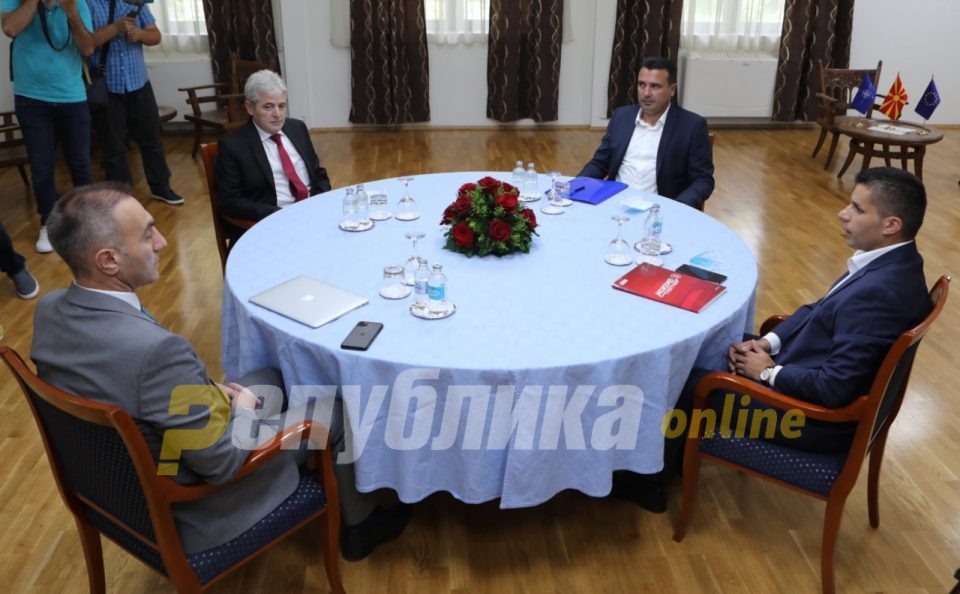 VMRO-DPMNE responded to the announcement of the new coalition between SDSM and DUI saying it is a deal between two criminal parties that will have a short shelf life.

The main point of intersection between them is the crime and their lying. Before the elections Zaev was calling DUI “worthless” and DUI said that SDSM are “criminals”. So, the country is on the verge of having a government formed of worthless criminals… This is a criminal coalition with a limited shelf life, VMRO-DPMNE said.

The conservative party also reminded Zaev that the 100 days rule, introduced after the Przino talks in 2016, is an internationally agreed model and can’t be revoked without the approval of the opposition.

Without consulting other parties, SDSM and DUI want to abolish a key check on Government abuse

VMRO-DPMNE also pointed to the naming of a Finance Minister from DUI, reminding the public of the lengthy criminal record of the party and the violations of the rule of law in DUI ran parts of the country.

Regarding the pledge of the new SDSM – DUI coalition that they will conduct an investigation into the inexplicable wealth increase of politicians and office holders, VMRO said that it was their proposal which can’t be implemented properly by SDSM or DUI, given that it is their officials who are most often named in spectacular corruption scandals and can’t explain the origin of their wealth.