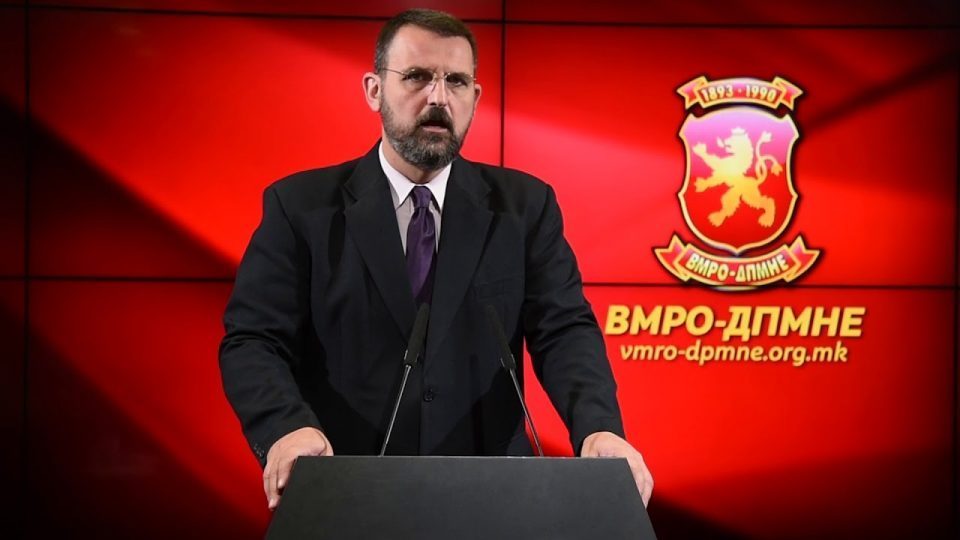 After US diplomat Philip Reeker proded VMRO-DPMNE over the proposed law on state prosecutors, teams from the opposition and the ruling SDSM party are expected to meet this week.

This would be the first reported meeting after the major scandal which brought down Special Prosecutor Katica Janeva. After her resignation both Prime Minister Zoran Zev, and later VMRO-DPMNE, came up with their own versions of a law that would make the Special Prosecutor’s Office a permanent feature of the judiciary. Where the two parties differ is in that Zaev wants to appoint another loyalist, Vilma Ruskoska, to replace the disgraced Janeva, while keeping Janeva’s handpicked team in place. VMRO rejects Ruskoska outright and wants to have both Janeva and her team investigated for their role in the alleged extortion of millions of euros from various businessmen.

VMRO-DPMNE spokesman Naum Stoilkovski said that the meeting on the prosecutors will likely be held today, while the one on the census – later this week. Stoilkovski added that there can be no meeting of party leaders Mickoski and Zaev until SDSM agrees to put the issue of holding early general elections on the table.

Janeva’s mandate expires in September. Macedonia wants to be allowed to open EU accession talks in October and, prior to the scandal, some of the EU countries that are skeptical about this request have said that one of their main conditions is making Janeva’s office permanent. Zaev threatened that, if a deal is not made by early September, he would use “unwanted measures” to have his way with the judiciary, hinting at the bribing and blackmailing of members of Parliament to vote in favor of the name change early this year.

Besides discussing the law on state prosecutors, the two parties will also meet over another thorny issue – the planned 2020 census. Zaev’s Government accepted demands from its ethnic Albanian coalition partners to allow that long time emigrants from Macedonia are counted among the residents, using social media and electronic communication apps. VMRO rejects this idea and insists that the census should be for current residents only.

We are here tonight to say that justice is being attacked by injustice, to tell the truth that the judiciary and the prosecution are brutally suppressed, VMRO-DPMNE leader Hristijan Mickoski said in his address at the protest against he injustices Zoran Zaev’s government inflicted on Macedonia. Mickoski...
Macedonia 25.02.20 | 19:01