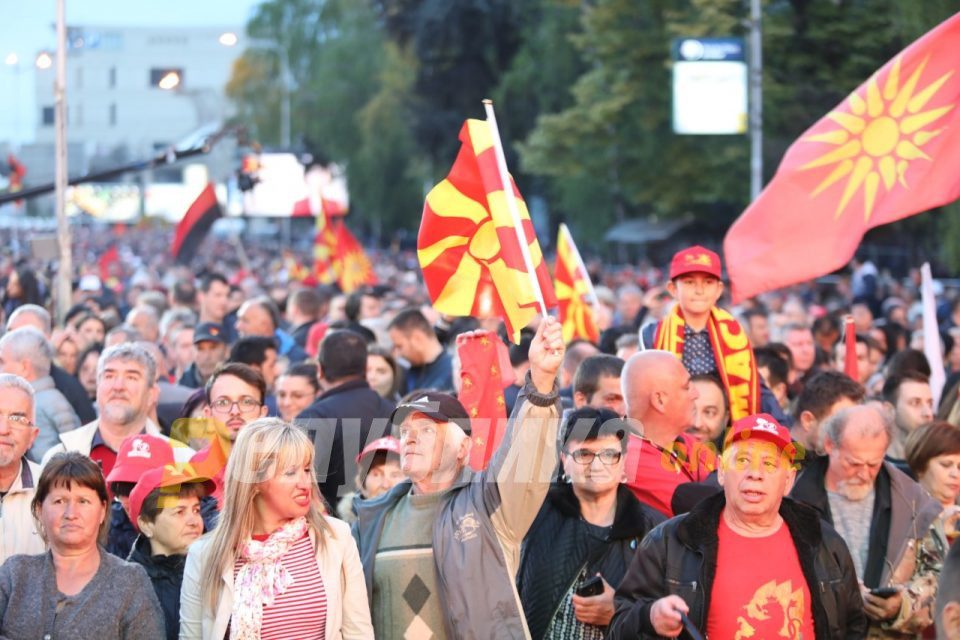 The opposition VMRO-DPMNE party is preparing for a doorstep push during which party officials and activists will directly inform the citizens of their election program.

VMRO Secretary General Igor Janusev said that the campaign begins on Monday, and party teams will visit practically every household. VMRO party offices will also be opened to all citizens in the afternoon hours.

For three years Zoran Zaev and his SDSM party rule through lies, deceit and crime. The economy fell far short of the promised 5 percent growth rate, the public administration is politicized and the mafia is flourishing to the point that the safety of the citizens is in danger. This Government will be remembered for its epidemic of nepotism, corrupt funding of party activists, the public grants given to Minister Mila Carovska, Zaev’s and Koco Angusev’s business deals, the racketeering and dozens of other scandals. Court verdicts are sent pre-written and Zaev has the final say on who gets prosecuted and who doesn’t. More than 1.200 criminals were released onto the streets and terrorize our citizens. They killed the hope of the people. But we are here to put an end to their crimes, to restore order and renew Macedonia, said Janusev.