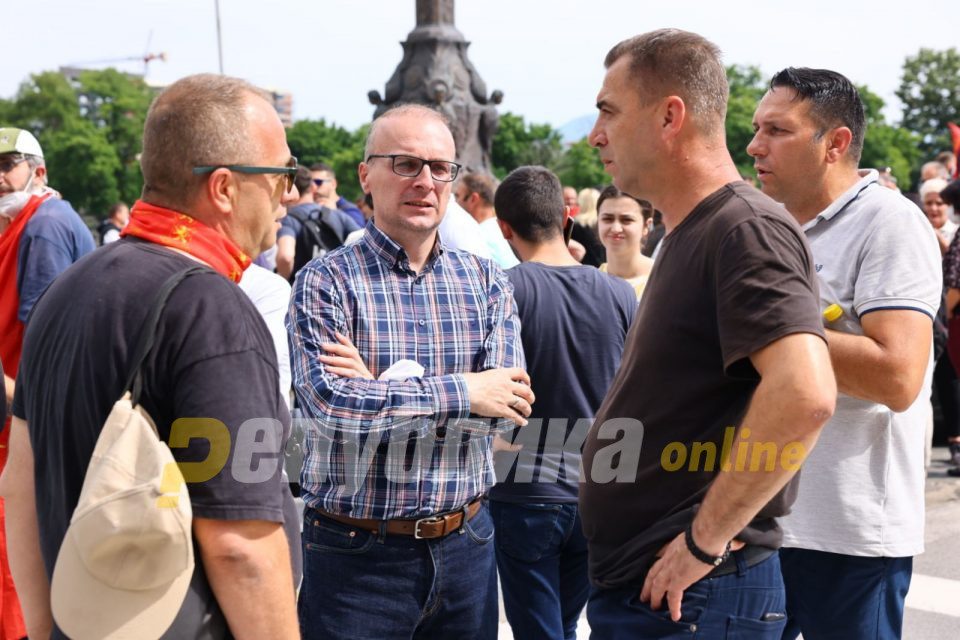 VMRO-DPMNE representatives called on Prime Minister Zoran Zaev, his deputy Nikola Dimitrov and Foreign Minister Bujar Osmani to come before the Parliament and explain what exactly they are negotiating with Bulgaria. The opposition party held a protest in front of the Foreign Ministry today, warning against the secretive talks that are being conducted ahead of the coming European Council.

Zaev, Dimitrov and Osmani told us for three years that they have secured the opening of EU accession talks. We see that was not the case. They promoted the 2018 referendum under the promise that Macedonia will become an EU member. We remain far off from that goal. that is why we call on the them to come before the Parliament, before the people’s representatives, and explain to the people what are the additional annexes to the 2017 treaty with Bulgaria they are currently negotiating. Zaev said that the treaty resolved all our open issues with Bulgaria. We see that was not the case, said VMRO-DPMNE official and former Foreign Minister Antonio Milososki. 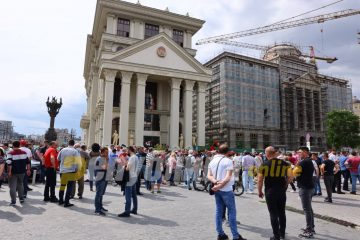 The party is blocking intersections in Skopje and in cities across Macedonia, as it demands clarity in the talks with Bulgaria. Bulgarian authorities demand that Macedonia makes major concessions in its national identity and rewrites its history along Bulgarian lines.