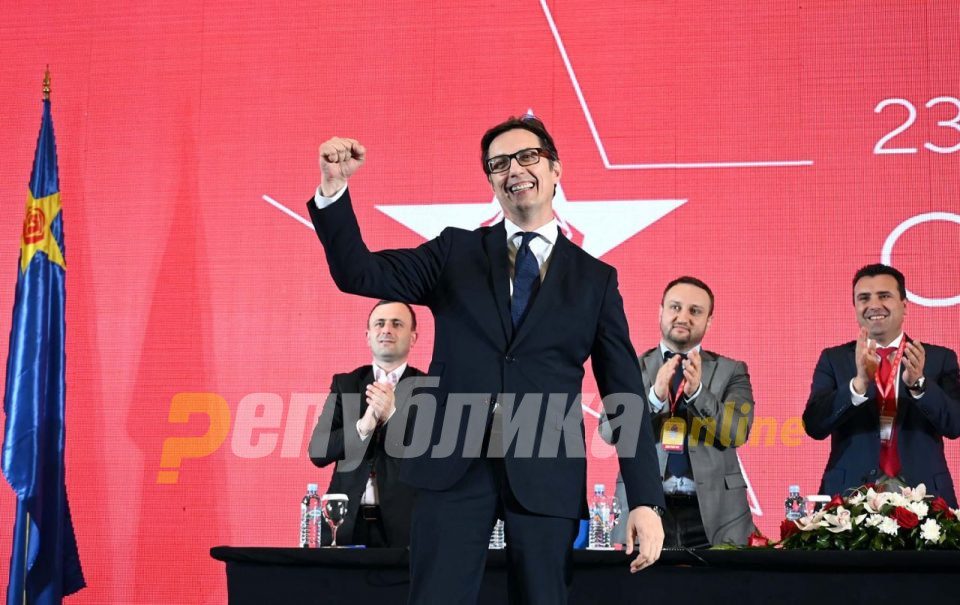 VMRO-DPMNE called on state prosecutors to stop covering up the investigation into the Racket scandal and to begin providing answers about the crucial question – the flow of the money.

The dramatic testimony of Jordan Orce Kamcev yesterday, who was forced to pay 1.5 million EUR in bribes to Special Prosecutor Katica Janeva, revealed many new details about the case but did not answer the question of where the money ended up. One of the defendants, Bojan Jovanovski – Boki 13 indicated he will provide the answers, but as he is put under a serious pressure and kept in detention it is unclear if he will go through with it or cut a deal with the prosecutors like co-defendant Zoran Mileski – Zoki Kiceec. It is widely assumed that much of the money ended in the hands of officials from the ruling SDSM party, likely to cover party campaigns or buy votes. The extortion was taking place at the height of the presidential elections.

Six months after the case was first reported we still don’t know where did the Louis Vuitton bag with 1.5 million EUR end up? Were these money used to fund Stevo Pendarovski’s presidential campaign? How many other businessmen were targeted for extortion and what were the sums? The Government is hiding something, VMRO-DPMNE said in a press release, accusing the prosecutors of caring more to protect the Zaev regime from their share of the blame in the scandal than with seeing a full investigation take place.

VMRO-DPMNE demands answers about the role Healthcare Minister Venko Filipce played in the scandal, after it was revealed that he was present during one meeting between Boki 13 and Orce Kamcev.

The opposition party also demands that Katica Janeva, the other remaining co-defendant, is charged with extorting a higher sum of money – 350.000 EUR – as revealed by Kamcev, and not just the 50.000 EUR she is currently charged with. VMRO notes that charging Janeva with a lesser crime that carries a lesser penalty will make it less likely that she agrees to reveal details about the involvement of Government officials in the extortion.