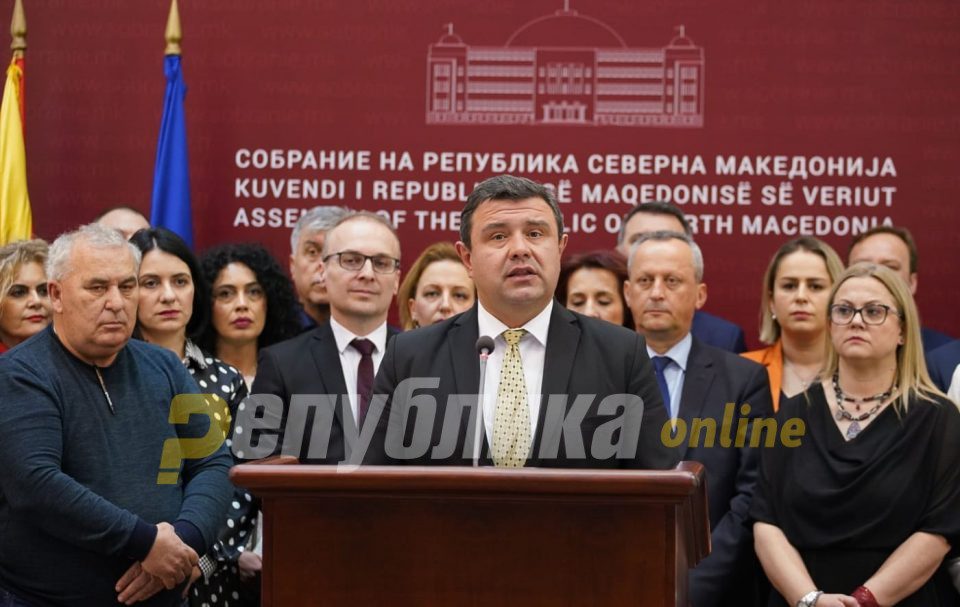 VMRO-DPMNE representatives walked out of the Parliament hall following the scandalous events when the already rejected PPO law was put to a new vote. The opposition said that it considers the law invalid and that President Stevo Pendarovski has no right to sign it into force.

Today we witnessed how democracy was trampled in the Parliament of Macedonia. The law got only 74 votes, but this vote was canceled and a new one ordered 10 minutes later. There is no democracy in the world where you can repeat the vote if you don’t like the outcome, said Nikola Micevski, head of the VMRO group in Parliament. 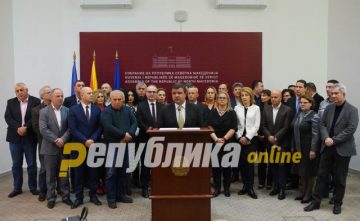 He asked the Zaev regime if this is the way in which he wants to implement “European values” in Macedonia, and called on the international representatives in Macedonia to condemn the actions of the regime. The law would entrench Zaev loyalists as prosecutors and ban the prosecution from using wiretaps as indications of crimes on the part of high level Government officials, and Zaev as desperate to have it adopted, following the long list of criminal scandals that involve himself and his top lieutenants.

The unlawful vote is another piece of evidence of the crimes of the Government. The public was told that the laws don’t apply if you are in power, that the criminals in power can adopt any kind of law they want, in order to secure yet another pardon for Zoran Zaev. We need the Parliament to dissolve now, Micevski said.