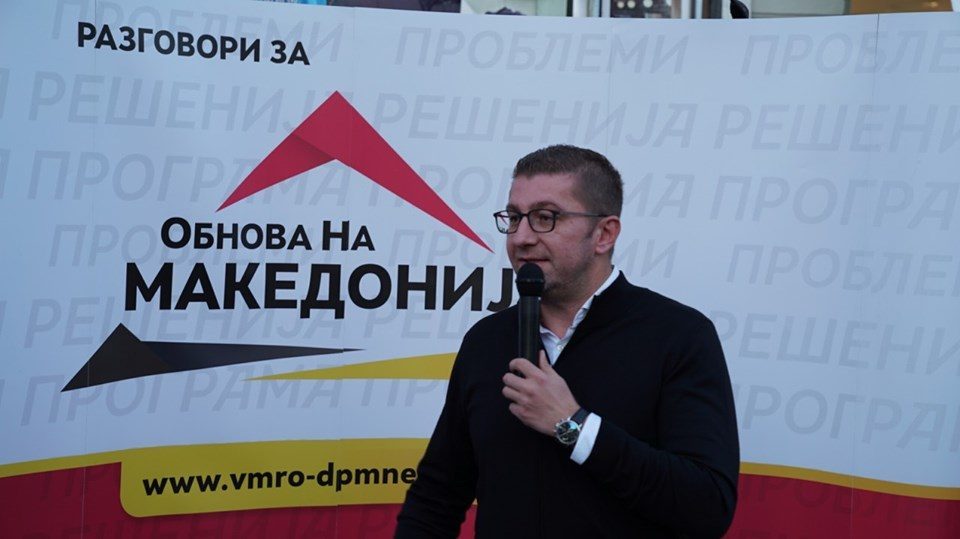 VMRO-DPMNE President Hristijan Mickoski shared a video detailing the abuses and incompetence of the municipal officials from the ruling SDSM party, which swept to power across Macedonian towns and cities in the elections held two years ago.

Two years under SDSM – two years of fraud, declared the video, as it accounted for the fact that SDSM mayors were able to implement not even 10 percent of what they promised.

Pollution increased by 3.5 percent, measurements showed, despite SDSM promises that it will be greatly reduced. The opposition computed that 65.7 million EUR in municipal spending went to unproductive and needless expenses, while 10.800 trees were chopped down.

The list begins with the horrific air pollution levels in Skopje, which received the label – most polluted city in the world under Mayor Silegov, and Bitola, which is not far behind.

The drunken antics by several mayors, such as Aleksandar Naumovski from Gjorce Petrov, Velimir Smilevski from Butel and Silegov himself made the list. Aerodrom Mayor Zlatko Marin was called out for spending 73.000 EUR on a PR agency to polish his image.

Hard crimes reported by the SDSM mayors include the beating and torture of a municipality employee by Shuto Orizari Mayor Kurto Dudush. The Mayor of Demir Hisar Marjance Stojanovski, who is a former police official, was recorded threatening his employees that he has their phones tapped. Bitola Mayor Petreska and Stefan Bogoev from Karpos were interrogated in the major racketeering scandal that involves Special Prosecutor Katica Janeva. And Boro Stojcev from Novo Selo had to resign after he was caught smuggling cigarettes to Bulgaria.