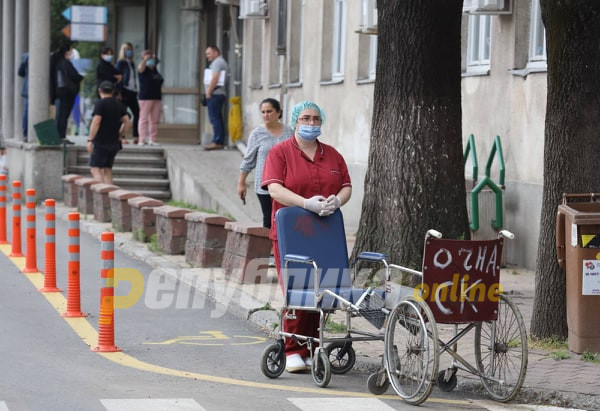 The largest opposition party VMRO DPMNE again demanded the resignation of the Minister of Health Venko Filipce due to, as it says, the debacle in healthcare during the Covid-19 pandemic.

100 days government. 100 days Filipce Minister of Health. 100 days 1,400 died from Covid-19, many of whom could have been saved if the system managed by Filipce was functional. Not a single capital project related to healthcare has been realized in 100 days. While hospitals are being built in the neighborhood in a few months, here nothing is being done. There is no trace of the promised new clinical centers that were announced 4 years ago, said VMRO DPMNE on Wednesday.

The party adds that the government’s promises for doctors’ salaries have not been fulfilled.

There is not even 100,000 denars salary for doctors, although this is his second term, there is no announcement for this promise that should have been realized a year ago. There are no doctors, no medical staff at all, and 3,000 health workers are unemployed, and Filipce did not even think of making a plan to incorporate them in the system. Filipce did not even think about the residents, whose shifts are not paid, according to VMRO DPMNE.

The party points out that in 100 days, the government failed to provide a vaccine for seasonal flu, while Filipce announces covid vaccination.