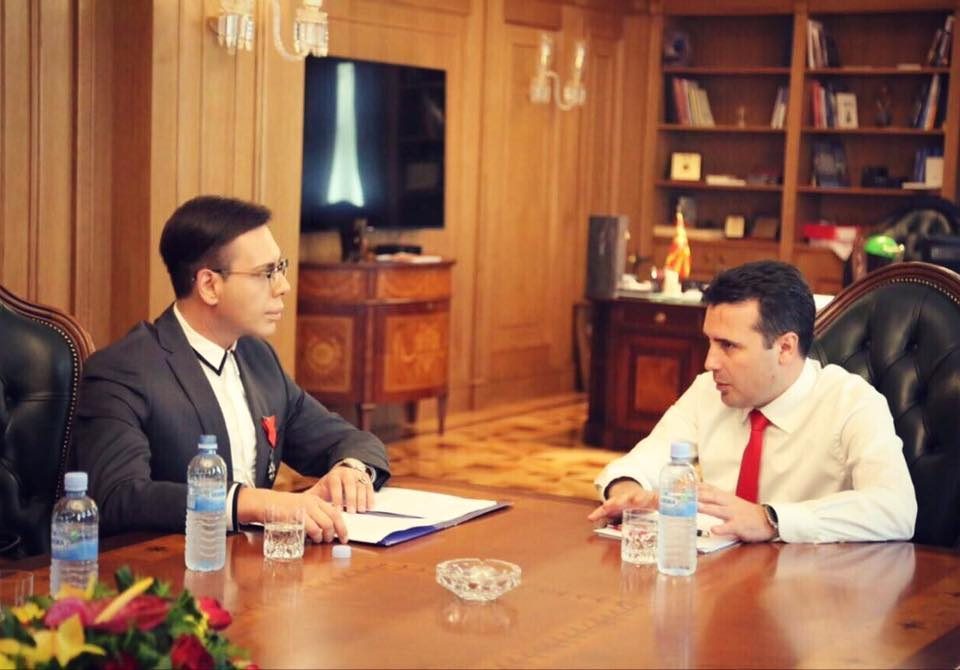 The opposition party VMRO-DPMNE accused Prime Minister and SDSM party leader Zoran Zaev of being at the top of the criminal enterprise which is being uncovered these past few days, with the arrest of Bojan Jovanovski – Boki 13, and his alleged ties with Special Prosecutor Katica Janeva. Boki 13 and Janeva are suspected of extorting money from businessmen, along with two high ranking SDSM party officials, whose names are still not revealed but are widely speculated.

We expect that the investigation will determine to what extent was Zoran Zaev involved in the targeting, racketeering and the cover up of the extortions of the businessmen. Also, what was his cut of the racketeering? Is he the reason why the identities of the officials are kept hidden and they are not subjected to the same investigation? What do these two know about the crimes involving Zoran Zaev himself, which prompts him to cover up for them? If we have rule of law in this state, we will uncover the involvement of the SDSM party leadership in the scandal which shook the Republic of Macedonia, VMRO-DPMNE said in a press release.

Earlier, VMRO-DPMNE leader Hristijan Mickoski also called out the ruling party of direct involvement in the major scandal. Zaev’s rise to political power was linked with the services provided by Katica Janeva as Special Prosecutor, and until days ago he was adamant that she will have to remain head of the investigative unit. Boki 13, on the other hand, was hiring a large number of Zaev supporting journalists in his 1TV station which parroted SDSM positions and talking points, and was frequently seen in the company of Zaev, Janeva and a number of party officials.

VMRO-DPMNE demands early general elections where the voters will be able to put an end to the rampant corruption generated by the SDSM party and the “thrice pardoned Prime Minister”, who the opposition party names as the center of the criminal “octopus”.