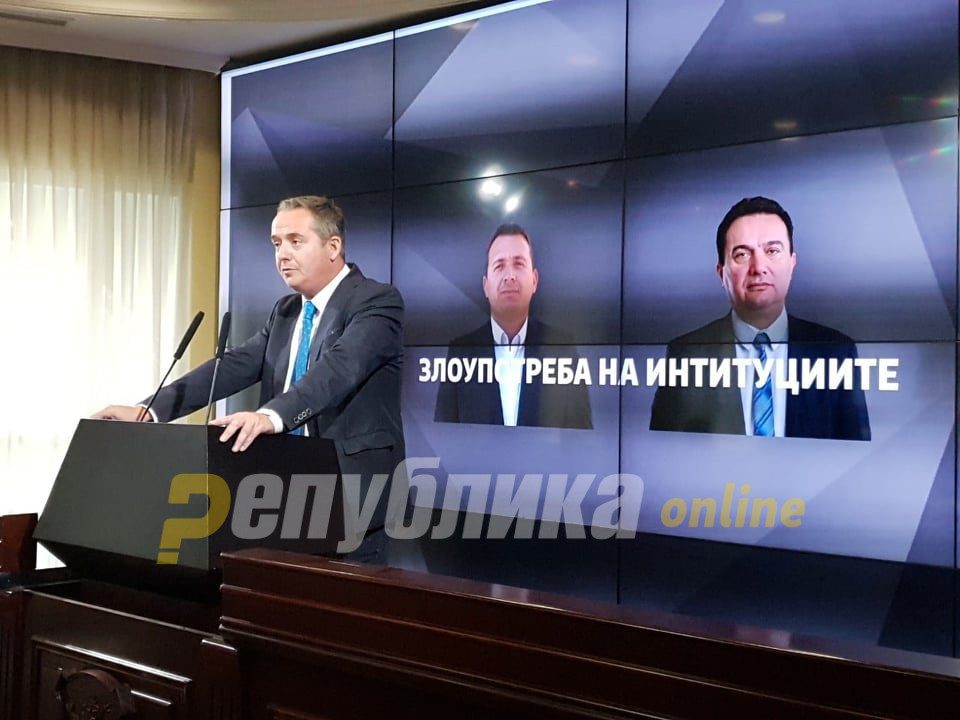 VMRO-DPMNE presented the recording of a meeting held by SDSM party officials in the Prilep hospital earlier this year, during the presidential election campaign, in which newly hired hospital employees are instructed to vote for the SDSM – DUI candidate Stevo Pendarovski.

Prilep SDSM party boss Mile Taleski and Zaev’s Transportation Minister Goran Sugareski are heard during the meeting with the public sector employees, a move which is strictly forbiden given laws against pressuring public employees in how they vote.

The manager of the hospital is here, I hope nobody is absent, as we will keep tabs on who is present at the meeting. During the 2018 referendum we had a negative experience in our organizational structure. You know how the party worked hard to secure jobs for all of us. Some deserved the jobs, many didn’t. That is why I call on you to all work as hard as possible for the party and meet all obligations set forward from the party, Taleski is heard telling the Prilep hospital employees in the recording that was likely made secretly by some of those present. “Get this through your heads so we can meet the goal”, Minister Sugareski adds during the meeting.

According to VMRO-DPMNE, this is clear confirmation that SDSM wa abusing its dominant position in the local and central Governmnent to buy votes offering public sector jobs, and to pressure public employees to vote for the party.

During the presidential elections SDSM was involved in electoral abuse. Public sector employees were pressured in how to vote. Instead of working for the state, public sector officials worked for their party. They are heard directly giving orders to all newly employed workers that in exchange for their jobs they will have to work for the SDSM party, said VMRO-DPMNE representative Igor Nikolov who held the press conference.

WW1 artillery grenades found in an orchard in Prilep

Hristijan Kostov, manager of the 8th of September hospital in Skopje, which treats the most severe coronavirus cases, publicly warned that they are facing a financial collapse. Kostov said that the old “military hospital” treated 12,000 patients during the unprecedented crisis without receiving...
Macedonia 23.09.20 | 11:02