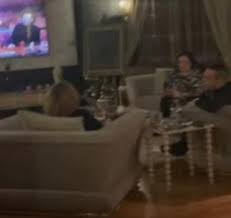 VMRO-DPMNE called on Defense Minister Radmila Sekerinska to detail what she knows about the crimes and corruption of the Zaev regime before she leaves her top position in the SDSM party. Sekerinska caused a political earthquake after she announced that she will not run for another term as deputy leader of the SDSM party, and left it unclear whether she will remain in the Government and continue to support Zaev with her sizable faction in the party.

Zoran Zaev is fooling the public with his announcements that he is refreshing the party. He is twice pardoned for corruption and is up to his neck in crime. Sekerinska needs to explain her own collaboration with Katica Janeva and Bojan Jovanovski – Boki 13 at a time when they were extorting money from businessmen across Macedonia before she leaves the post. The people won’t forget, VMRO-DPMNE said in a statement.

Sekerinska has a number of corruption allegations from the past, when she held positions in the Crvenkovski Government and was SDSM party leader, but has largely avoided scandal under the Zaev regime. Still, her name did appear in the major Racket corruption scandal, when it was revealed that she had meetings both with Special Prosecutor Katica Janeva and her underling Boki 13, as they were extorting money, and with their main target – businessman Jordan Orce Kamcev.