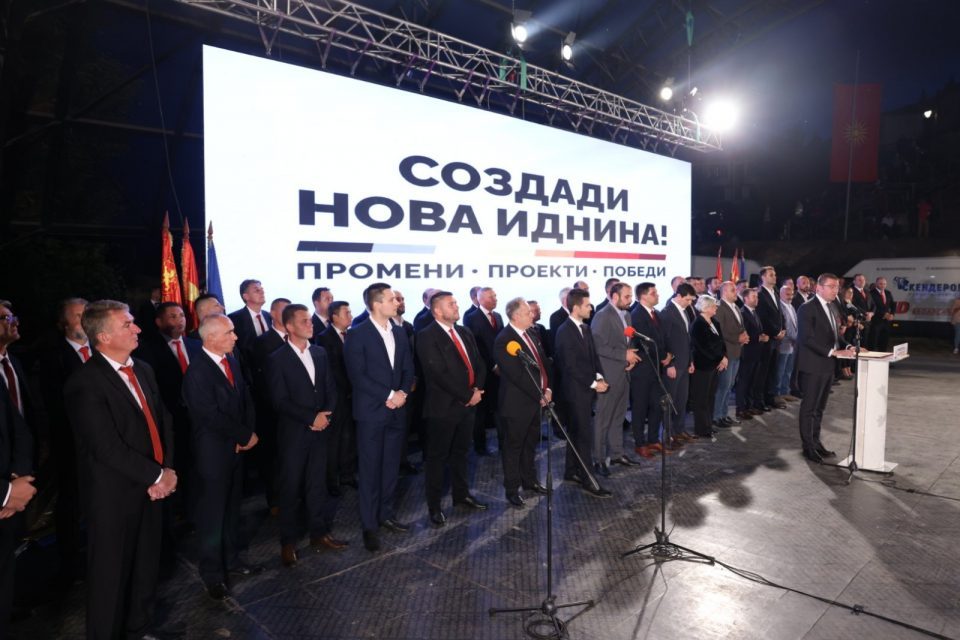 VMRO-DPMNE President Hristijan Mickoski called on the voters to turn out in large numbers and to vote out the SDSM candidates in the coming local elections, as the only sure way to put an end to the Zaev regime. Mickoski was speaking at the first campaign rally of the party, which traditionally takes place in Ohrid, where he presented the mayoral candidate doctor Kiril Pecakov.

With your votes, remind the Government of the things it is desperate for you to forget. And make the right decision for your future, the future of your family, the future you want and deserve, Mickoski said. 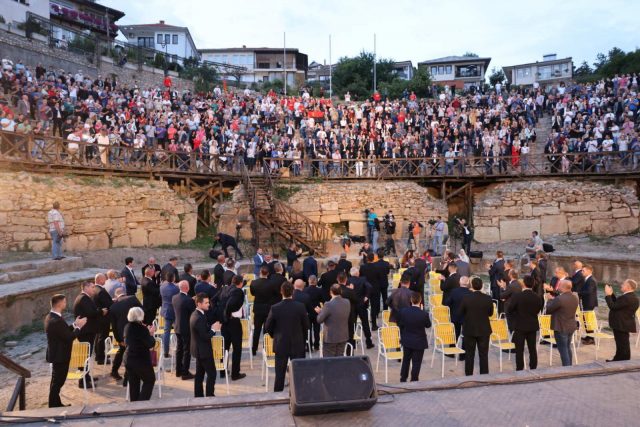 Mickoski especially called on voters from all ethnic groups to support the opposition, specifically addressing the largest minority – the Albanians.

Zoran Zaev treats you as he treats the Macedonians – he thinks he owns you and that he and Ahmeti will decide for you. We had a wrong approach to inter-ethnic relations from start, and now, for three decades, we are building up our patriotic positions, while we are stuck in place and our citizens, Macedonians, Albanians, Turks alike, pack up and leave the country. Zoran Zaev shows excellent understanding of inter-ethnic issues on paper, but in reality he does nothing to tear up the walls around us. When 14 people die on his watch, in a fire in the hospital in Tetovo, he flees the press and neither he, nor his coalition partner DUI can’t look the people in the eye, Mickoski said. Zaev is facing protests against his Government and his DUI coalition partner after the catastrophic fire, in which most of the victims were ethnic Albanians.