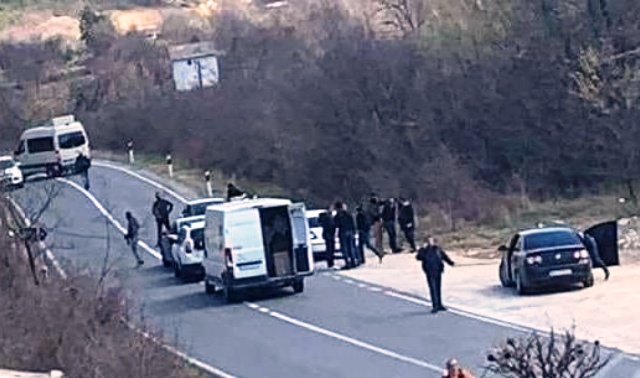 VMRO-DPMNE called on the Interior Ministry to disclose the involvement of the ruling Zaev family in the latest drug scandal – the arrest of the Prilep police commissioner yesterday while he was personally escorting a large shipment of marijuana. The drugs, worth 800,000 EUR, were driven in a van with Greek license plates north of Prilep, and were escorted by police commissioner     Kire Spirkoski and by the personal driver to Trajce Zaev, the powerful businessman who is Prime Minister Zaev’s cousin.

The drugs were produced in Medical 420 in Bitola, one of the numerous marijuana plants that were licensed by the Zaev regime and are often operated by Zaev’s relatives and cronies. The companies are licensed to produce marijuana for oil extraction, but it is widely rumored that they are in fact producing marijuana for the black market, and sometimes have their goods “stolen” and then sold across the region.

The arrested police commissioner is close to Interior Minister Oliver Spasovski. The escort of the shipment included the personal driver of Trajce Zaev. We ask whether it’s true that the Medical 420 company whose vehicle was transporting the drugs is partially owned by Trajce Zaev? Was the van owned by the Zaev drug cartel?, the opposition party said in a press release.

The company was set up in 2019 in the Bulgarian city of Petric, which is often used by the Zaev family when they register companies they want to portray as unrelated to their business empire. Zaev’s brother Vice and his cousin Trajce are the main figures in these businesses.