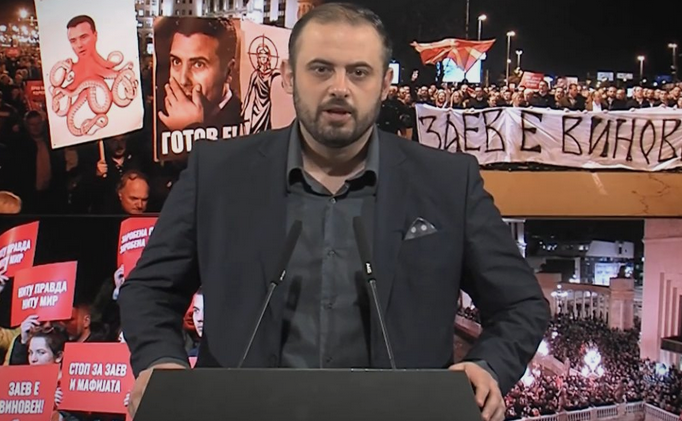 Following the mass rally VMRO-DPMNE had on Tuesday evening, the spokesman for the opposition party Orce Georgievski called on the leader of the ruling SDSM party Zoran Zaev to try and show dignity as he faces defeat at the coming elections. The opposition rally, which drew tens of thousands of VMRO supporters comes days after the poor showing Zaev had when not only the public but also some of the top SDSM officials were a no-show for his own rally.

Zaev is on his knees, the people tell him they no longer fear him. Everybody saw and heard that he is the actual head of the criminal octopus, that he was dictating court decisions and ordering persecution. Zaev brought neither justice nor peace and led the campaign of persecution against his political opponents, while his judges and prosecutors are walking around in Louis Vuitton bags stuffed with cash, Georgievski said, announcing that the first step to restore justice in Macedonia must be a serious investigation into Zaev’s actions and businesses.

Georgievski also called for an urgent review of the decisions of the Supreme Court, in light of the audio recording in which Zaev confirms that he had full control over the court and was using it to sabotage trials.