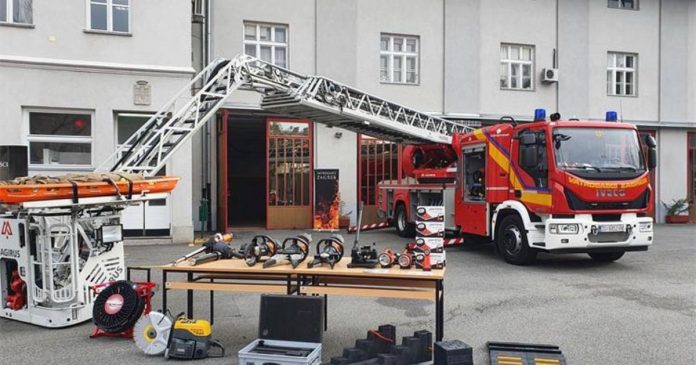 The firefighting ladder truck purchased by the city of Skopje for 1.7 million EUR does not come with any additional equipment, as Mayor Petre Silegov claimed. Silegov tried to explain the revelations that he paid twice what the city of Zagreb paid for the same piece of equipment, purchased in Hungary.

VMRO-DPMNE leader Hristijan Mickoski held a press briefing today to discuss several developing scandals involving the Zaev regime, and said that about half a million of the purchase price was misappropriated.

The truck was purchased through the Armor company in Skopje, from a Hungarian vendor. Silegov angrily rejected any allegations of wrongdoing, and insisted that he bought a truck with more additional equipment, but also added that he was following advice from experts on the matter and tried to put some distance between himself and the procurement deal. This corruption allegation comes at a bad time for Silegov as he is hoping to secure the nomination from his SDSM party for another run in October.