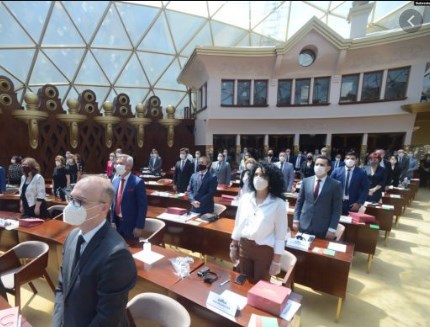 VMRO-DPMNE held a three days series of training events with the German conservative Konrad Adenauer Foundation, which included visits from Bundestag members and representatives of the German Federal Government. The training was focused on work in the Parliament, communicating with the citizens and checks on the Government, said VMRO Vice President Aleksandar Nikoloski.

The first time we’ve had such intensive training with KAS was in 2005, and that period remains remembered in Macedonian political history, Nikoloski said. VMRO-DPMNE won the 2006 elections and remained in power until the Colored Revolution a decade later. Currently the party is preparing for the October municipal elections, and the possible early general elections.