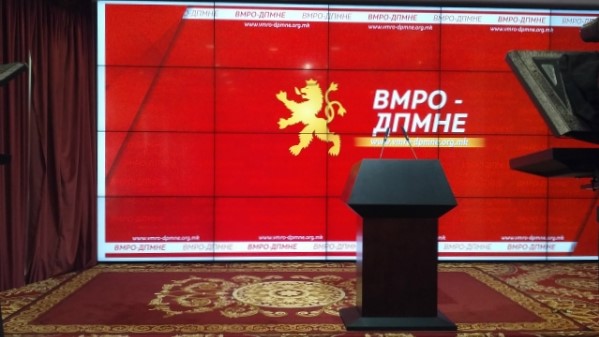 A new day, a new death toll in dealing with the coronavirus. 112 new infections and 8 deaths have been registered in one day. It is obvious that Minister Filipce is devoting too much time to his construction business instead of dealing with the epidemic and its consequences. The world will enter the second wave, and we still do not know if we are done with the first wave of the epidemic, accused VMRO-DPMNE in Wednesday’s press release.

According to the BBC, Macedonia is the record holder in the region in terms of mortality rate per 100 thousand inhabitants. Filipce says everything is under control, that we live in new normalcy, and every day we record a huge number of infections and deaths. Macedonia reached 17,700 infections and almost 740 deaths. The second wave has not started yet, and the Macedonian healthcare is on the verge of collapse. But this ruling mafia not only has failed in dealing with the healthcare crisis, but also in terms of the economy and education, the party says.

VMRO-DPMNE: If some of the money for donkeys and hairdressers had ended up in healthcare, we wouldn’t have counted almost 600 new infections yesterday