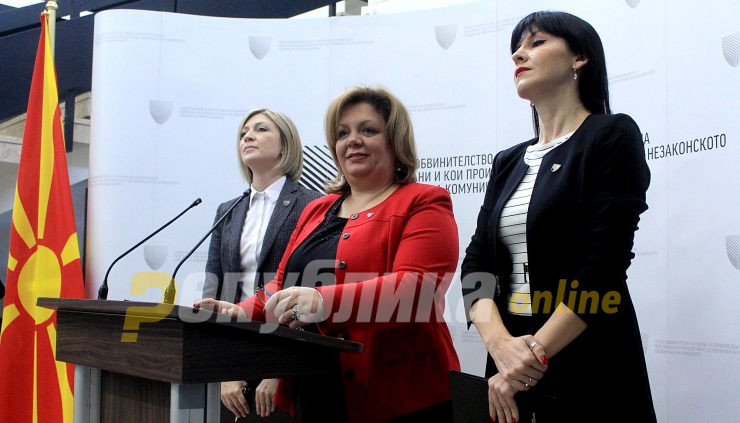 Katica Janeva, the special public prosecutor, although she adopted a Rulebook on determining and paying bonuses, did not comply with the laws and special acts, and unjustifiably paid bonuses to the SPO employees in the amount of 282,896,000 denars, or about 4.6 million euros for which there is no legal coverage, based on fees for respecting the principle of secrecy, VMRO-DPMNE spokesperson Naum Stoilkovski said at Tuesday’s press conference.

Katica Janeva, Fatime Fetai, Lence Ristoska, Lile Stefanova, and other prosecutors from the SPO awarded themselves 4.6 million euros of public money, without any basis. VMRO-DPMNE today will file criminal charges against all these people. These prosecutors are now deployed to the Public Prosecutor’s Offices throughout Macedonia, and although they are compromised, they perform work as prosecutors. Hence, we demand the suspension of these prosecutors because they committed these acts with intent, and acquired illegal property gain, while damaging the state budget, Stoilkovski said.

Namely, in accordance with the Law on Amendments to the Law on Salaries of Public Prosecutors in December 2015, it stipulates that the total amount of bonuses cannot be more than 35 percent of the basic salary of the public prosecutor, and regarding the amount and manner to determine the bonuses, it is necessary for the public prosecutor to adopt a special act.

This 4.6 million euros could have been used to purchase 100 ambulances, 50 fire trucks, to build 4 schools, or to build and equip an entire ambulance. But instead of all these things, the money ended up in the pockets of several prosecutors who we later saw racketeering companies and citizens, and using their position for personal gain, Stoilkovski said.