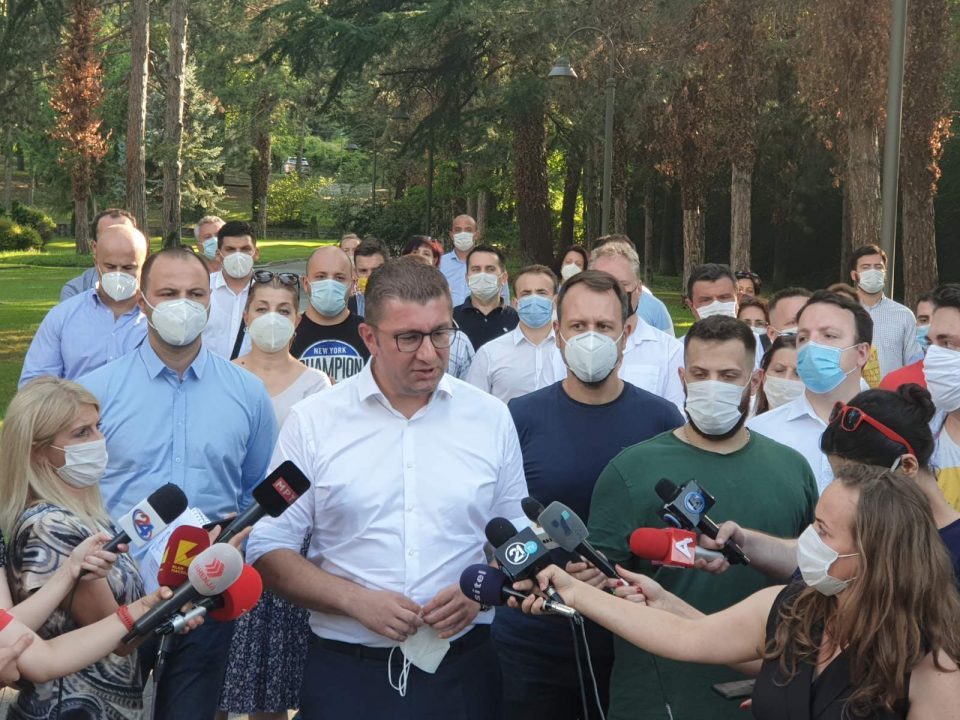 VMRO-DPMNE freezes relations with President Stevo Pendarovski and will review the policies towards the President’s Office, said the leader of VMRO-DPMNE, Hristijan Mickoski on Thursday following the meeting with the President together with several MPs to ask for proof why he gave the mandate to the leader of SDSM, Zoran Zaev without a secured parliamentary majority.

Pendarovski told him that Zaev had assured him that he would secure a parliamentary majority, but according to Mickoski, that was not enough proof for giving him the mandate.

As arguments, the President said that the Parliament was constituted, citing the examples from 2006 and 2016 and that he was assured that Zaev would secure a majority, said Mickoski, who at the meeting did not tell Pendarovski directly that he was freezing relations with his Office.

According to him, Zaev has captured the negotiations for the formation of the Government and the mandate, according to him, buys him time for an agreement for securing a majority.