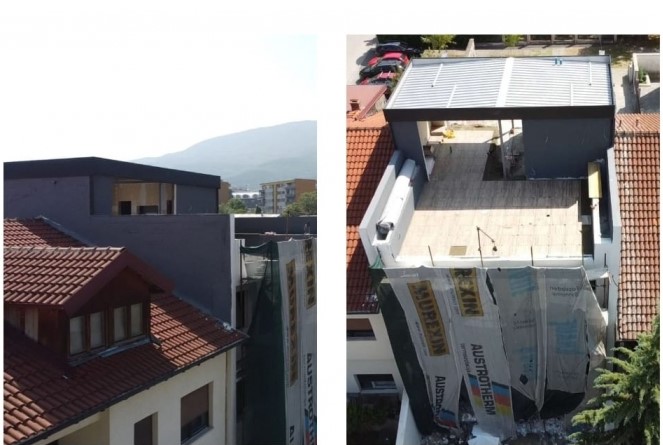 The competent institution for issuing permits for construction, extension and reconstruction is the municipality of Karpos, where the outgoing mayor is Stefan Bogoev. The Municipality of Karpos is also an institution that should warn and implement the stopping of the construction that is outside the allowed limits, but also to carry out demolition. Petre Silegov is not only not prevented from building his building illegally, but also the municipality of Karpos has not yet started a procedure for demolition of the illegal construction. It is obvious that Silegov is abusing his position of power on the basis of the political function he has been building illegally, and then through a shortened procedure to legalize the building. Instead of putting in order, Silegov is an example of creating disorder and chaos. Silegov does not respect the laws, which he should apply to others from the position of mayor, that is why his days in that position are numbered. It is time for change, and then for responsibility, said VMRO-DPMNE.