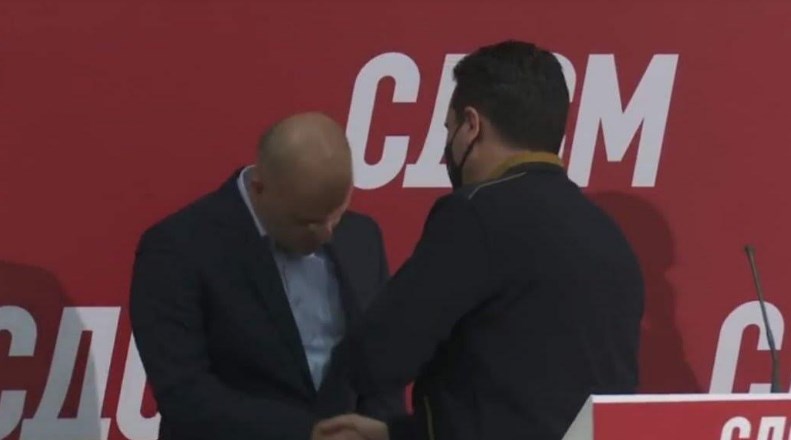 The government of Zaev’s pawn, Kovacevski is a government without legitimacy with old staff who were defeated by the citizens in the elections. Kovacevski showed that he plans to work only as an extended arm of Zoran Zaev, ie that Zaevism continues with Kovacevski’s government. In the government of Kovacevski continues Oliver Spasovski, the worst Minister of Interior in the history of Macedonia, a minister with numerous criminal affairs who issued passports to world criminals who is one of the biggest protectors of crime of Zoran Zaev, said VMRO-DPMNE.

The party adds that Kovacevski also keeps Maricic, through whom Zaev controls the judiciary and who publicly called out judges and prosecutors only because he did not like certain of their decisions.

Fatmir Bytyqi, Zaev’s man and one of those responsible for the catastrophe in the Macedonian economy, a man in whose time citizens could barely make ends meet, while prices rose sharply, also remained Kovacevski’s choice. Kovacevski’s pawn keeps Blagoj Bocvarski, the most incompetent Minister of Transport and Communications, who has no project behind him, has the lowest realization of capital investments, but that is why he brought Zaev numerous plots and tenders. Ljupco Nikolovski, Zaev’s Minister of Corruption, remains in the government, bringing Macedonia to the bottom of Transparency International after corruption, and now he is returning to his old position to destroy Macedonian agriculture. Slavjanka Petrovska, the right hand of Oliver Spasovski in the Ministry of Interior, another of the protectors and perpetrators of Zaev’s crimes, also got a ministerial position. The scandalous MP of Zaev, Bisera Kostadinovska Stojcevska, who voted for criminal laws in a hazmat suit, now gets the need to implement the crimes of Zaev and the pawn Kovacevski in culture. Jovana Trencevska, the main supporter of the harmful policies of strawberry Sahpaska and Zoran Zaev, should now ensure their continuity in labor and social affairs, the party said in a statement.

The party added that Kovacevski took Nikola Tupancevski, one of the main supporters of the shameful and unconstitutional laws and policies of Zoran Zaev, as Minister of Justice.