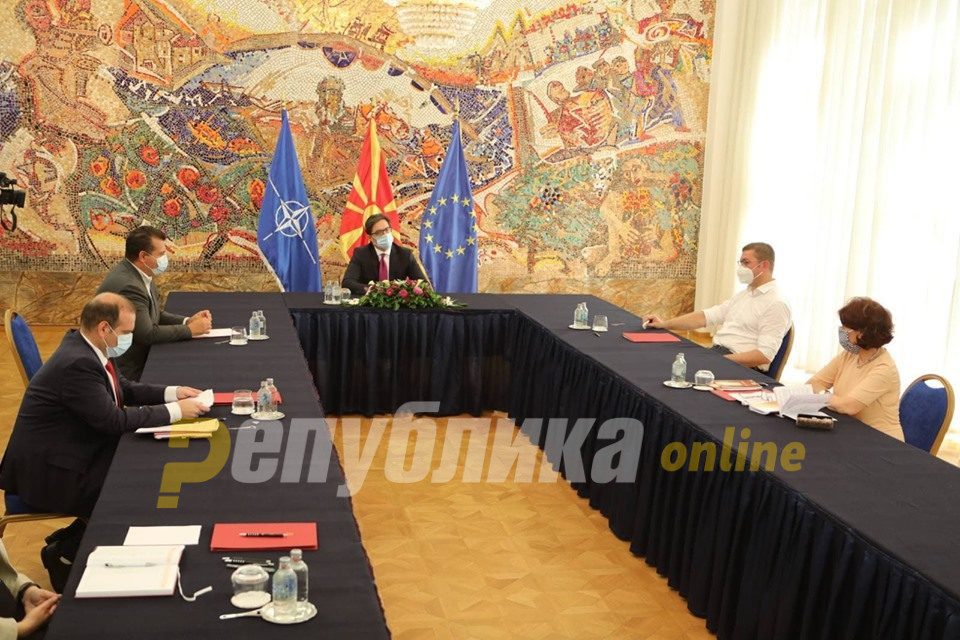 Stevo Pendarovski as President of the country announced that he will give the mandate for a new government contrary to the Constitution on the principle of “first come, first served”, says VMRO-DPMNE, adding that Pendarovski should be aware of the seriousness of his position.

Instead of acting as president of the citizens, Stevo Pendarovski acknowledged that the mandate was given without proof of majority and was usurped. Thus, Pendarovski directly enabled the buying of time for the unprincipled buying of MP votes, said VMRO-DPMNE.

After today’s meeting between Pendarovski and Mickoski, which lasted about an hour and a half, the president of VMRO-DPMNE said that his party is freezing relations and communication with Pendarovski.