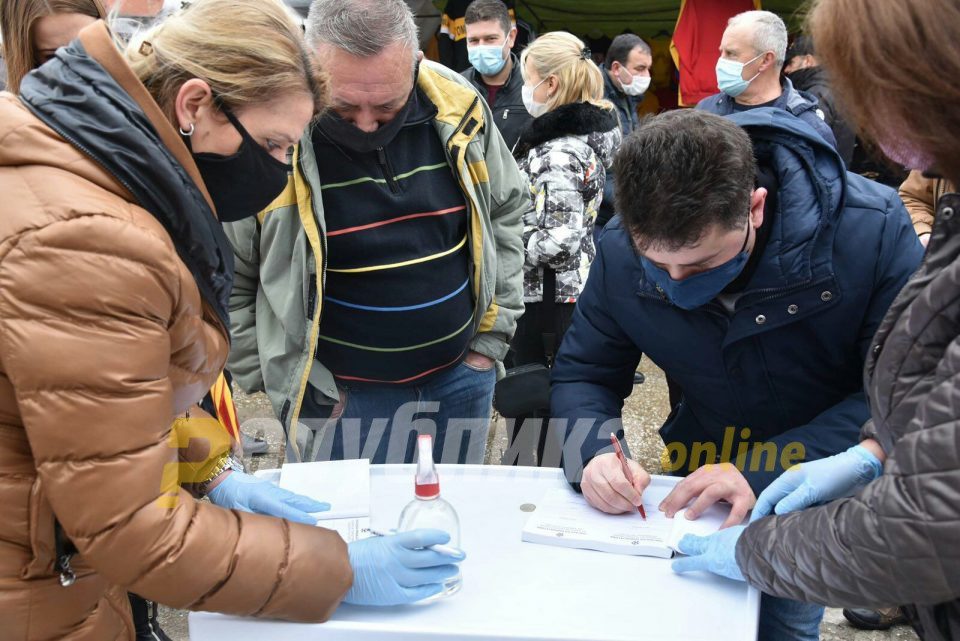 VMRO-DPMNE proposed to the Parliament a bill that will postpone the census planned for April. The opposition party collected over 100,000 signatures from citizens in a week and insists that this completely deligitimizes the census.

With the enormous popular support behind us, we propose that the census law is suspended. We call for an urgent meeting of the Parliament to stop the politicized census that threatens to become a national disaster, said VMRO-DPMNE member of Parliament Ivanka Vasilevska.

Under pressure from the Albanian parties, the Zaev regime agreed to include the diaspora in the census – meaning that it will count all citizens as residents, no matter if they have long moved out of Macedonia. Besides providing inaccurate data, this would also skew the ethnic distribution of the residents of Macedonia – Albanian parties feared that leaving the large Albanian diaspora out of the census will greatly reduce their share of the population. Adding emigrants to the census will provide inaccurate voting registries in the future and would give outsized political clout to the Albanian parties. The planned 2011 census was called off after it became clear that emigrants are systematically being added to the list of residents, mainly in the majority Albanian parts of Macedonia.

All points out to the fact that the Government is preparing a political forgery instead of a proper census. We noted numerous irregularities with the census from the beginning of its preparations and we will not be silent, Vasilevska added.

Besides its influence on the inter-ethnic division in Macedonia, the planned census was also criticized because it is due to take place as new variants of the coronavirus are rapidly spreading across the country.