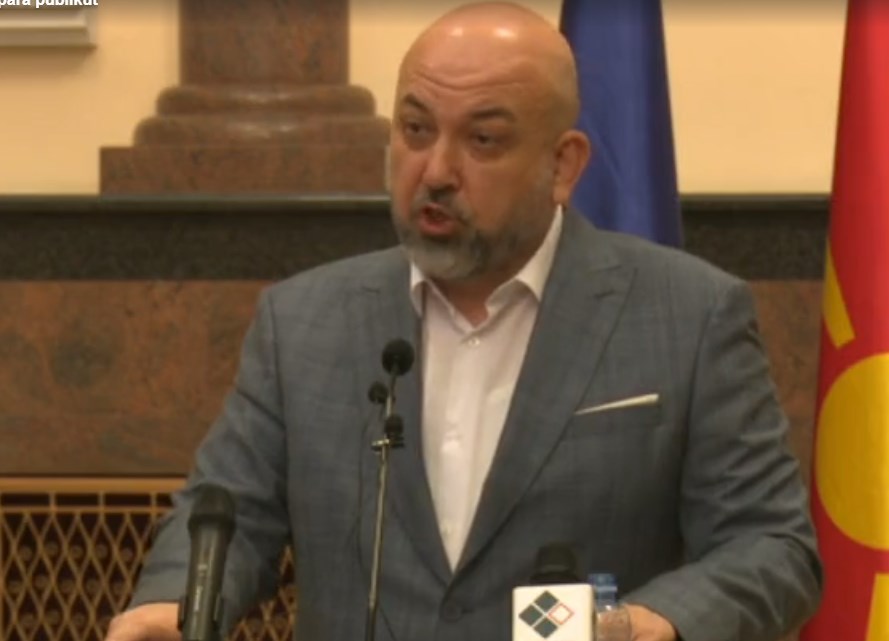 This is how a blackmailed man looks like, who has many contradictions in his story and a man whose personal interest is before the collective one. If DUI and SDSM are the European value that Kastriot Rexhepi believes in, then the European Union has a headache from Kastriot, DUI and SDSM, reacted VMRO-DPMNE.

Kastriot Rexhepi first arbitrarily signed the motion for the fall of the government of SDSM and DUI, and then after disappearing for more than 10 hours he changed his position and DUI and SDSM became an example of his values.

The methods by which SDSM and DUI changed Kastriot’s mind are neither democratic nor European, but regime like.

The government that Kastriot temporarily saved lost its legitimacy to rule Macedonia and their fall is inevitable. The reality is that the citizens have decided for changes and therefore the only way out of this crisis and the only salvation for Macedonia are quick early elections after which a stable government will be formed that will take Macedonia out of this impasse and we will move forward, the party said in a statement.