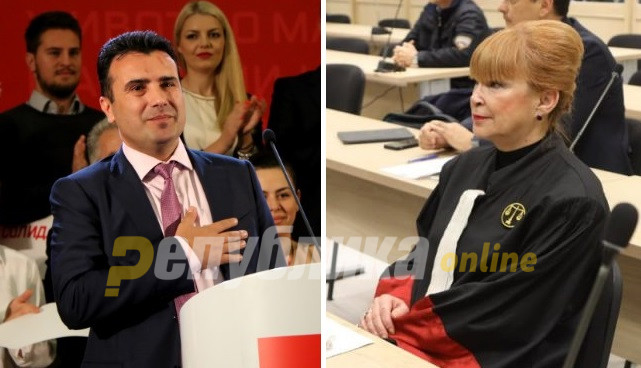 VMRO-DPMNE blasted the sentencing of journalist Aleksandar Mitovski yesterday, as evidence of attempts by the ruling SDSM party to silence the critical and investigative press. Mitovski was sentenced to six months in prison, suspended over two years, for publishing the key testimony that proves that SDSM party leader Zoran Zaev was deeply involved in the Racket scandal.

Zoran Zaev is trying to secure his peace of mind by criminal charges, sentences and prison, and uses these tactics to censor journalists who refuse to join his media-judicial-racketeering machine. Zoran Zaev intimidates journalists, threatens them and sentences them in a direct assault on the freedom of the press and the right of the public to be informed. Macedonia is now the only country in Europe where a journalist is sentenced to prison for his writing. Zoran Zaev and SDSM are scared and are siccing the judiciary against the press in an attempt to cover up their role in the Racket scandal, VMRO-DPMNE said.

Mitovski, who reported extensively on the huge corruption scandal, published excerpts from the testimony of businessman Jordan Orce Kamcev, which reveals the level of involvement of Zaev and his SDSM party officials in the extortion. Mitovski also reported on how Zaev tipped off the group of racketeers that Kamcev is going around and exposing their actions, helping them destroy evidence and attempt to flee the country. The opposition party listed a series of other attempts at intimidation against critical journalists.

The police led by Oliver Spasovski conducted a raid on the Netpress news site because of their writing while journalists protesting against the charges filed against Aleksandar Mitovski. Lider editor Ljupco Zlatev and journalist Goran Momirovski from the Alfa TV are also facing charges and political persecution which only goes to show that the Government is scared of the truth, VMRO-DPMNE said.