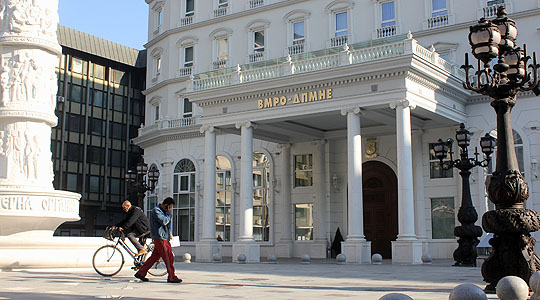 While SDSM were signing protocols, they were also stealing, even up to 11,000 euros from one truckload of bitumen.

The government, through the maintenance and protection of the main and regional roads company, concluded a 9 million dollar contract for the purchase of bitumen. According to the prices paid by that company, one truck costs 12,000 euros, and a few weeks ago streets and roads company from Skopje procured similar material for 11,000 euros less, ie 1,200 euros.

How is it possible for a company for the maintenance and protection of main and regional roads, which is a company that has a larger volume of work and orders larger quantities, to pay 10 times more than a similar company that is under the jurisdiction of the city of Skopje?

According to initial calculations, the crime expressed in price difference is several million euros. Where did this money end up, and why is this robbery allowed? Does the government think that while signing contracts harmful to the nation, no one sees them stealing?, said the opposition party, urging the prosecution to launch a probe.