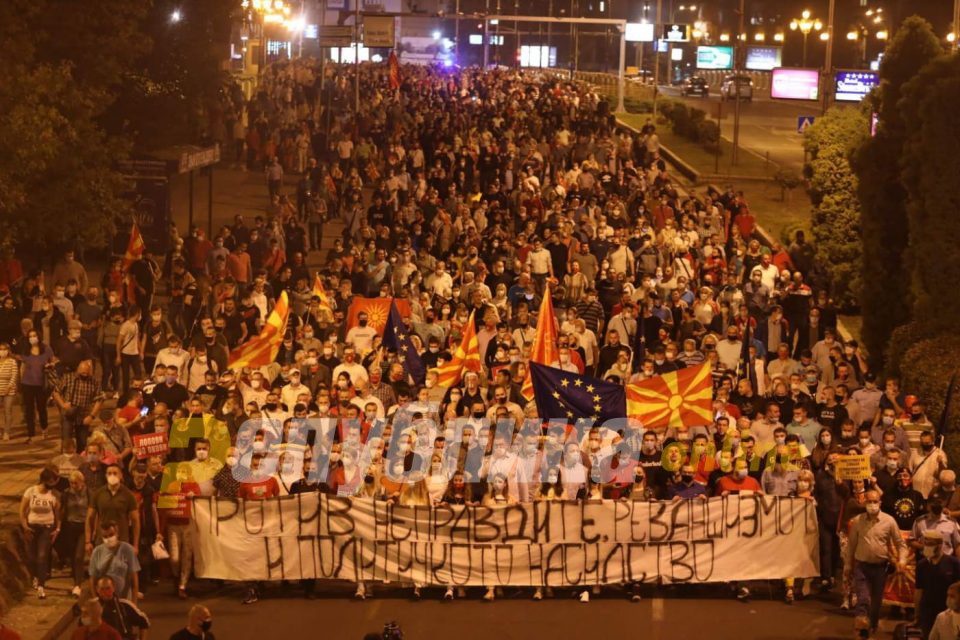 VMRO-DPMNE will not recognize the 2021 census if it is conducted under the currently proposed rules, which do not guarantee the accuracy of the data, said the opposition party leader Hristijan Mickoski. He named a long list of problems with the draft census law and called on Prime Minister Zoran Zaev to withdraw it from Parliament.

In order to avoid a forgery, we ask that the disputed law is withdrawn from the Parliament and that we hold a broad debate in order to determine the rules of a proper census. If that doesn’t happen, VMRO-DPMNE will mobilize and together with the citizens we will submit demands to nullify the law. Ultimately, we will not recognize the results of the census, Mickoski said.

The main issue is the insistence by the Zaev regime and ethnic Albanian parties to count citizens who have long emigrated from the country as current residents. VMRO-DPMNE proposed using fingerprint devices to make sure there is no double counting, and also to determine the share of non-citizens residing in the country. Mickoski noted that the census teams will not require to see identity cards, but will simply ask the residents to state their ID number. This would easily allow fraud. The 2011 attempt to hold a census was called off by then Prime Minister Nikola Gruevski, after it became clear that abuse and fraud is rampant in the majority ethnic Albanian parts of the country.

Ethnic Albanian parties insisted on lax census rules, as they fear that the high emigration rate in their community will drive down the Albanian share of the population and reduce their future political clout. An accurate census is also likely to lead to a purge of the voter rolls.

Mickoski also pointed to the fact that the census is being conducted with dual signatures – from an ethnic Albanian and an ethnic Macedonian official – who will need to approve every major decision during the process. This, according to the opposition leader, is the best proof that the process will be rife with haggling across partisan and ethnic lines.