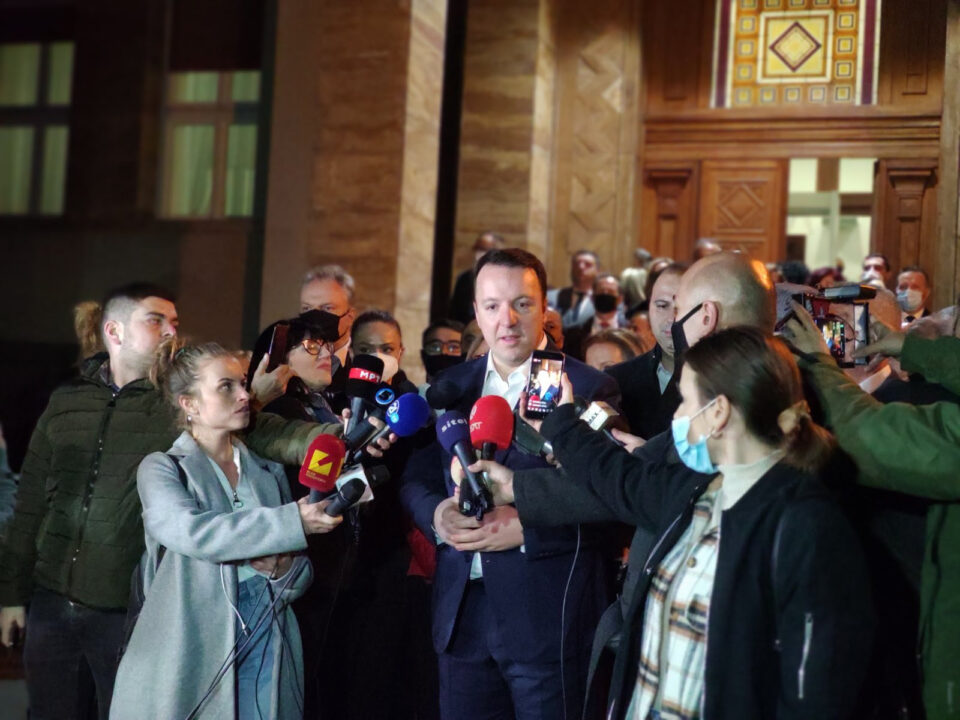 A day after the dramatic events in the Macedonian Parliament, the VMRO-DPMNE party accused the SDSM – DUI coalition of kidnapping a member of Parliament to preserve itself. Kastriot Rexhepi from the BESA party went missing after he signed on to the petition to bring down the Zaev Government, and later, a video statement issued from somebody showed Rexhepi saying that he decided to support Zaev and Ahmeti.

Zaev had only 59 votes in Parliament, and one that was kidnapped. He had to resort to kidnapping so that he can remain in power and continue to plunder the country. The member of Parliament was held hostage the entire day, with only a video statement sent to abate fears about his safety. With this, Zaev killed democracy in our country, the largest opposition party said in its statement.