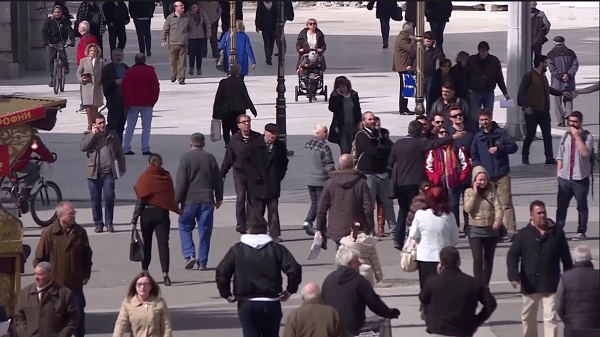 Zaev, who organized Taliban-like elections, will now conduct census in Taliban way as well. Prime Minister Zaev abuses the European flag while passing the law on census. The law on census is not a matter with which our legislation is harmonized with that of the EU, so that EU flag is needed. The census is conducted as a political agreement, and not as a statistical operation, VMRO-DPMNE said in a press release.

The government does everything without consulting the opposition. So far they have not said how they plan to conduct the census. By hiding the method, they leave additional doubt, especially in the public. According to the way SDSM wants to conduct the census in the country, it could leave us with 3 million inhabitants and be unrealistically counted, which in no case will correspond to reality, says the party.

That is why VMRO-DPMNE proposes to procure 10,000 terminals and to conduct census on the resident population. Those terminals will be able to fingerprint and only then will a real census be conducted, which will give us real statistical information. With fingerprint terminals, a real insight will be performed on all resident citizens, and thus a distinction will be made between the citizens who have citizenship, from the current residents. Pushing the census by force is fatal for the state. That is why VMRO-DPMNE will not recognize the census planned by SDSM, claims VMRO-DPMNE.