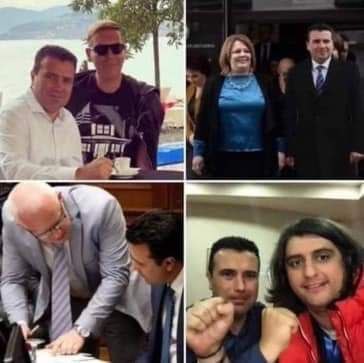 While the people are getting poorer, the ruling elite of SDSM and DUI are rich through crime and corruption. The case of the Secretary General of the Government of Zaevism, Muhamed Zekiri, just like his predecessor Raskovski, who abused his position, made a criminal deal with a total value of almost 1 million euros. Namely, Zekiri paid almost 1 million euros to two Croatian citizens based on the contract for consulting services for privatization of the state institution Macedonian Post Office, for which there was no tender and in the end he received a “seminar paper”, according to VMRO-DPMNE.

Such a million crime cannot be done without the knowledge of the head of the mafia. Hence the investigation should be extended to all those involved. That is why we ask, is it possible for Zaev’s closest people to steal and not give him a single euro? Did and how much of the money that Muhamed Zekiri took around 1 million euros ended up in the pocket of Zaev and or with the new boss Kovacevski?, added the party.

Mickoski about Zekiri: The non-credible prime minister should have at least apologized, together with the real prime minister who today is spending the money we saw how was acquired

Did and how much of Zekiri’s money ended up in the pockets of Zaev and Kovacevski?