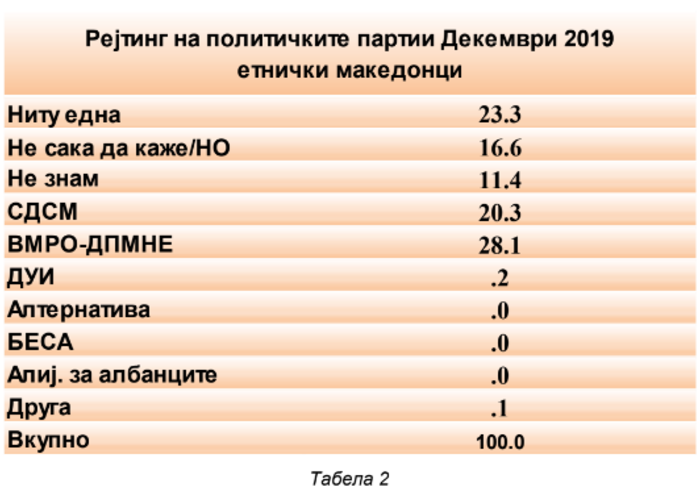 An IPIS poll conducted in early December shows VMRO-DPMNE with a solid lead over SDSM with 21.4 percent against 17.5 percent of the ruling party.

The only thing keeping SDSM in the game is the ethnic Albanian vote as VMRO-DPMNE dominates the Macedonian voters with 28.1 percent compared to 20.3 percent. SDSM has 7.4 percent support among ethnic Albanians.

The poll shows that there are significant portions of the population who would rather not state their affiliation (14.7 percent), who do not support any party (22.9 percent) and who have not made up their minds (12.5 percent).

DUI leads among the ethnic Albanian parties with 4.9 percent of the vote, followed by the Alliance of Albanians with 3.2 percent, BESA with 1.3 percent and Alternative with 1.4 percent.