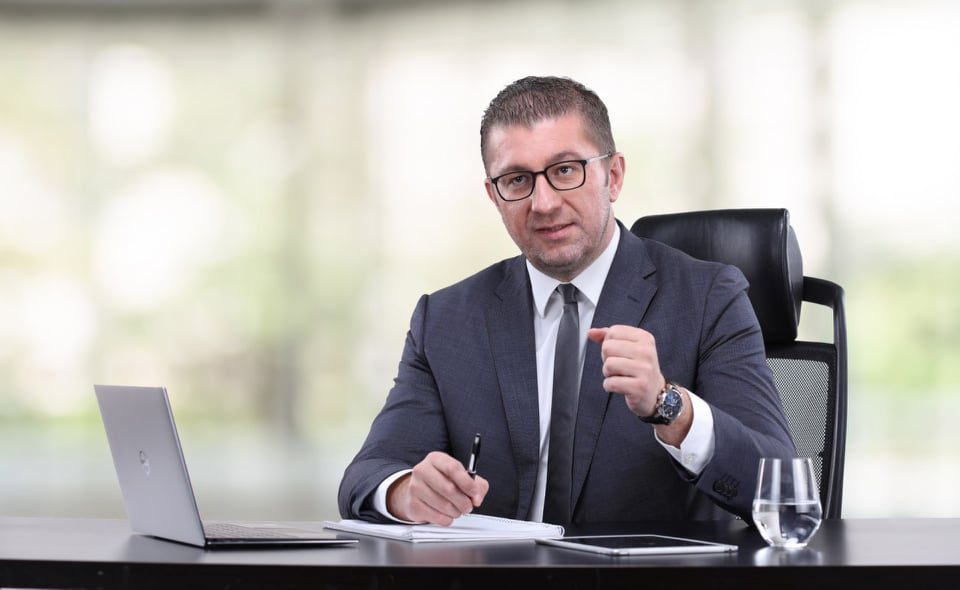 In an interview with Deutsche Welle, VMRO-DPMNE President Hristijan Mickoski said that his opponents are not the few former party officials who are calling for his ouster, but SDSM and Zoran Zaev. Mickoski adds that there is an enormous amount of anger in the public with the SDSM led Government and that VMRO will channel that in the coming months.

The Government is trying to impose a deranged notion that all the crime, polarization, poverty and economic stagnation is not the fault of the ones causing it, is not the fault of SDSM and the Government in general, but is somehow the fault of VMRO-DPMNE because we are not stopping them, Mickoski said, addressing a popular talking point among his critics on the right, some of whom have sided with SDSM during key votes, who often criticize Mickoski for his inactivity. “We have one opponent and that is not this ‘hotel coalition’, but it’s SDSM and Zoran Zaev who are polarizing our country and involved in crime”. The former VMRO officials who are opponents of Mickoski often gather in the Marriott hotel, managed by former security chief Saso Mijalkov, hence the name of their group.

Mickoski said that the opposition will begin a process of dismantling the Government through protests.

This will be a long and incremental fight. The elections were the beginning of their end, they have no new energy and can only offer spent officials from the past. This Government will fall through mass protests as the opposition grows. We are preparing a mass opposition front. There is a wave of change in the region and Zaev won’t be an exception. The pro-opposition mood is enormous and more people voted for the opposition parties at the last elections than for the ruling ones, Mickoski said.

The opposition leader said that the elections were marred by massive bribery of the electorate with a billion euros spent on transfers that were meant to placate voters, which produced no capital investment and the country still ended up with 40,000 less employed citizens. Mickoski also accused the SDSM party of involvement in the Eurostandard Bank collapse, as it was giving out loans without sufficient collateral to companies linked to SDSM from Zaev’s stronghold of Strumica.