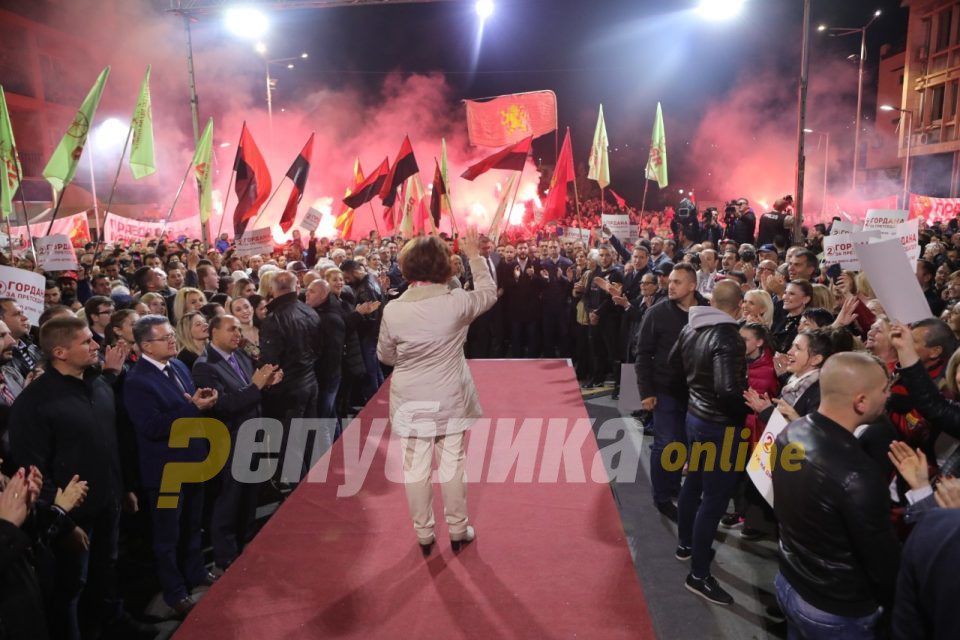 VMRO-DPMNE has decided to reach out beyond its party ranks and nominate two distinguished individuals who are not party members as heads of electoral lists.

Law Faculty professor Gordana Siljanovska – Davkova will lead the list in the 1st district that covers much of central Skopje. Siljanovska is a staunch critic of the Prespa treaty and was the VMRO-DPMNE candidate at the 2019 presidential elections.

Political dissident and opera singer Igor Durlovski, who was put on trial by the Zaev regime, will lead the party list in the 5th district, that covers Bitola and Ohrid. Each district elects 20 members of Parliament and the head of the list is usually seen as the face of the party in the given region.

The party meets this evening and is putting the finishing touches on the lists. It is revealed that former Transportation Minister Vlado Misajlovski will lead the list in the 2nd district that covers parts of Skopje and Kumanovo. The more rural, eastern districts will be lead by Igor Janusev and Aleksandar Nikoloski. Janusev, who is the VMRO-DPMNE Secretary General, is the head of the 3rd district covering Veles, Stip and other eastern Macedonian municipalities. Nikoloski, the Vice President of the party, is the head of the south-eastern 4th district list which includes Strumica and Prilep, he will face up to SDSM party leader Zoran Zaev.

In the 6th district, which covers the majority ethnic Albanian north-west of Macedonia VMRO-DPMNE will be represented Dafina Stojanovska, the second woman who leads one of the lists.

True to his earlier announcements, party leader Hristijan Mickoski will not run for the Parliament and will be the party’s candidate for Prime Minister. Mickoski challenged Zaev to also withdraw his name from the party lists, which would have deprived Zaev of parliamentary immunity if SDSM loses the elections and a serious investigation into the many criminal and corruption scandals linked to him is launched, but Zaev declined.