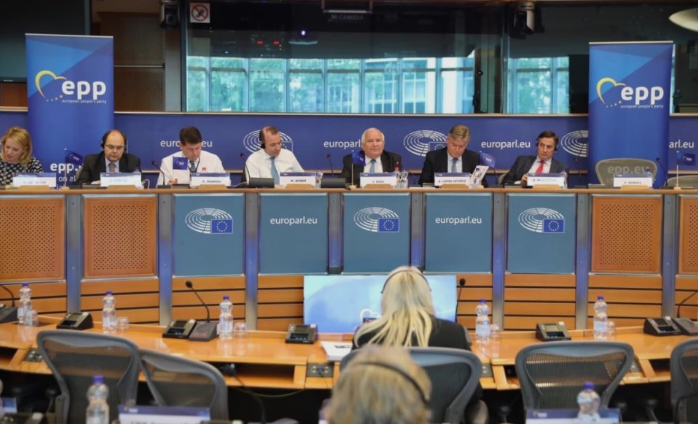 VMRO-DPMNE President Hristijan Mickoski said that he will send a letter to the European People’s Party to request support from its member parties for Macedonia to open its EU accession talks in October. Mickoski notes that the current SDSM led Government is deeply corrupt, but insists that the citizens deserve a window of hope.

This is a corrupt, incompetent Government of highwaymen. They don’t deserve the accession date. But we, as the opposition, will do what we can to ensure the accession date and I will write to our sister parties in the EPP to ask them to help us finally get a date for accession talks. The citizsens are fully aware of the crimes and the injustice infliced by this racketeering Government and I don’t think the opening of accession talks will bring some political benefits for them. On the contrary, the citizens of the Republic of Macedonia will get their long deserved window of hope. The citizens deserve it, Mickoski said in an interview with Detector.