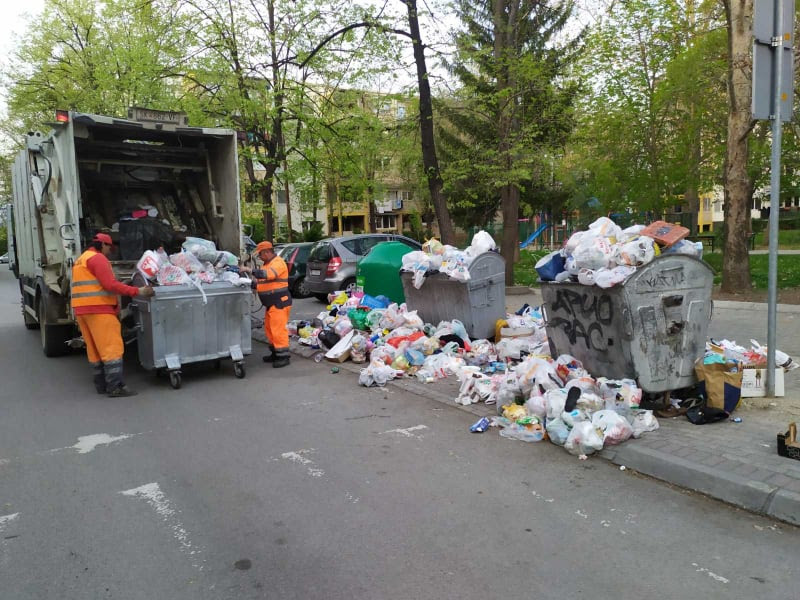 VMRO-DPMNE accused the ruling SDSM party of being completely incompetent when it comes to running the capital Skopje in times of a pandemic. SDSM appointed Mayor Petre Silegov failed to pick up trash during the past weekend curfew, leaving the dumpsters across the city overflowing when citizens got out on Monday morning.

Meanwhile, the city is pushing an unnecessary project to tear our the stone alleys in Skopje’s Old Bazaar and replace them with new ones, sparking angry reactions from the citizens who liked the old cobbled streets.

Mayor Silegov and Minister Damjan Mancevski failed to think that the garbage collecting services will require permits to work during the curfew. They only realized this on Monday, when we all saw the state the dumpsters were in. This failure increased the adnger of spreading the coronavirus and other diseases in our most densely populated city, VMRO-DPMNE said in a press release.

The opposition party also accused Silegov of re-opening the Vardariste dump site, that was closed as unsafe years ago. “This sweeps the garbage under the rug and will lead to poisoning our citizens. It is a fully inappropriate site to store waste at a time like this”, VMRO-DPMNE added, before warning Silegov that destruction of cultural heritage in the Old Bazaar is punishable by prison. 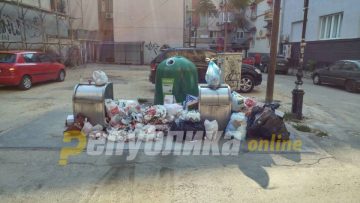 Silegov today insisted that the garbage removal services worked overnight and picked up 1.000 tons of waste and will work through the Easter weekend quarantine as well, and will not have a repeat of the crisis of the previous weekend.