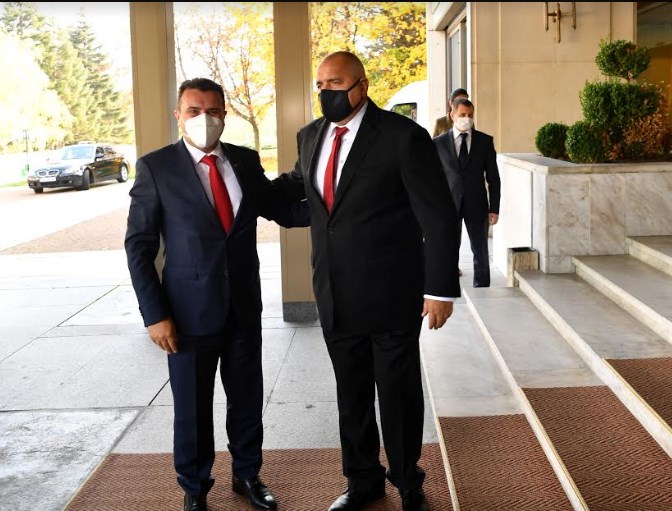 VMRO-DPMNE called on Zoran Zaev to explain to the public what is being discussed in his negotiations with Bulgaria. Yesterday VMRO leader Hristijan Mickoski insisted that this weekend is the crucial time when Zaev intends to seal a deal on the issues Bulgaria raised with Macedonia – chief among which is the Macedonian national identity and our reading of history. Zaev responded that the talks are only being conducted at a lower level and that he doesn’t have a meeting with Borisov on his agenda, even though the time until the European Council is only a little over a week.

According to our reports, the negotiations include the language, the history, identity and the national heroes, and the Macedonian representatives are reportedly prepared to abandon all red lines and to accept the maximum Bulgarian demands. We appeal to Zaev and his outgoing Government to refrain from causing additional damage to the country. Any harmful treaty they sign on to will be rejected by VMRO-DPMNE. Macedonia is not for sale, VMRO-DPMNE said in a press release.

SDSM needed a few days to recover from the public damage caused by Zoran Zaev’s BGNES interview earlier this week, which prompted a revolt in the party led by former party leader Branko Crvenkovski. Once the initial shock was sustained, SDSM came up with an allegation that the opposition VMRO is voicing to a potential deal with Bulgaria, and the opposition protests, are damaging the prospects of Macedonia opening EU accession talks. Bulgarian Prime Minister Boyko Borisov got on board in an FAZ interview, where he claimed that opponents to his dealing with Zaev and those accusing him of corruption, are working for Russia.

Mickoski has an obligation to respond who gave him this information, which he disclosed before his few supporters at the shameful rally in front of the Government. If he knew that something dangerous is being prepared why didn’t he report it to the institutions of the state? Mickoski is working against his own country. We are Macedonians, we speak Macedonian, a language that doesn’t have Bulgarian roots. The Macedonian future is in and with Europe, said SDSM spokesman Kostadin Kostadinov.