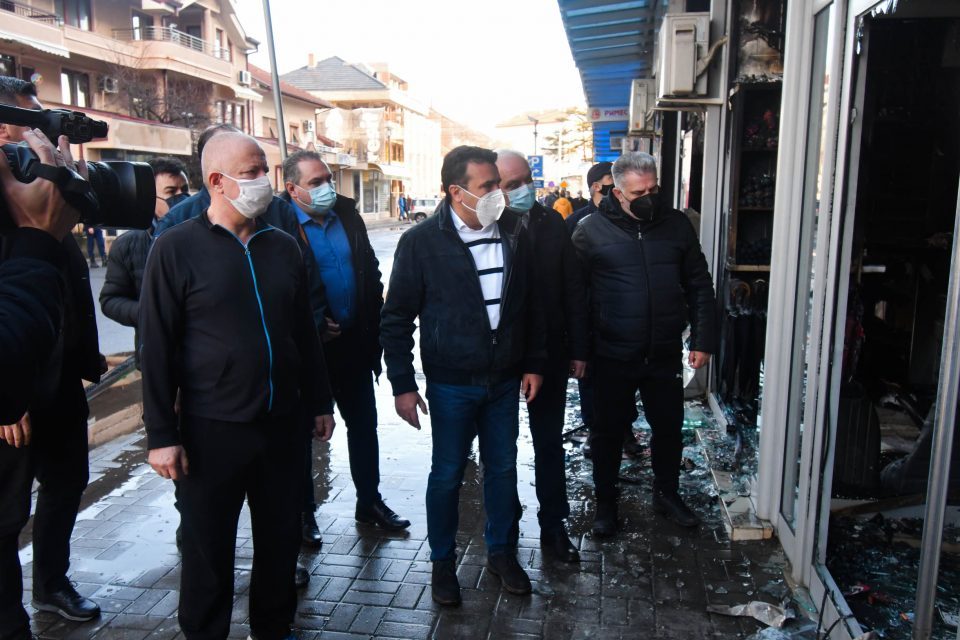 It’s not enough that Strumica officials express regret – there must be accountability for the failures that led to the fire in the Global shopping mall, said VMRO-DPMNE spokesman Naum Stoilkovski.

Prime Minister Zoran Zaev, under whose term as Mayor of Strumica the controversial mall was built, visited the site and called for solidarity with the owners. Shortly after, it was revealed that the water hydrants in the mall were not working and also that the equipment the firemen had was not compatible. The ground floor and much of the upper floors burnt completely, and dozens of shops were destroyed – fortunately there were no casualties.

How is it possible that the facility didn’t have hydrants or had incompatible ones? All companies are mandated to check their fire equipment once a year. Who will bear responsibility for the failures in this mall, where human casualties were avoided by pure luck?, Stoilkovski asked.

He noted that the mall was built without a permit and was legalized only years after it was built. Zaev faced criminal charges for the mall, after he approved that publicly owned land is given to a private company which he had business deals with, at a discounted price and with no competing bids. Zaev received a presidential pardon for the charges of abuse of office against him.

Zoran Zaev needs to respond to the questions personally. He was the one who approved the construction in 2006, to a company of his business partner. It was built in 2008, and was only legalized in 2014, again with Zaev giving the final approval. The legalization process of this unlawfully built mall did not require proof that the construction is solid and that it meets fire-prevention standards, Stoilkovski said.