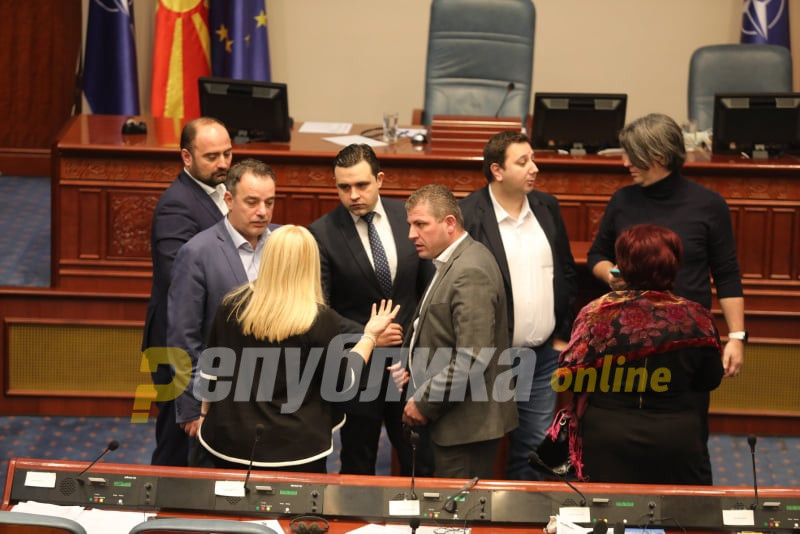 The ruling majority in the Parliament did not try to put the controversial PPO law on state prosecutors to a vote. Shortly after beginning today’s session, Speaker Talat Xhaferi announced that the vote will take place on Sunday, and moved on to other items.

The Parliament remained assembled even after it was supposed to dissolve three days ago, as the ruling SDSM party demands that its version of the law governing a major part of the judiciary is adopted. The law would greatly increase the stranglehold SDSM has over the judiciary, which has been abused over the past several years for attacks on SDSM’s political opponents.

It’s still unclear whether SDSM will have the 81 votes it needs to adopt such an important law. The party made concessions to the Albanian DUI and BESA parties, who are expected to vote in favor of the law, but that won’t be enough. It still needs the votes of other smaller parties, as well as the so-called “Gang of eight” – former opposition members of Parliament who were blackmailed and bribed into supporting SDSM in the past.

DUI got a concession in that two municipalities that vote mainly for ethnic Albanian parties were moved from the 6th into the 5th electoral district, despite the fact that the 6th district already has a far lower electoral turnout that the other districts. This will guarantee 1 or 2 additional seats for the already over-represented ethnic Albanians in the Parliament. Artan Grubi from DUI called on the smaller Albanian party AA to vote in favor of the proposal tomorrow.

We are not negotiating any more. I hope that BESA and AA will change their mind and vote for the law, so we don’t leave any excuses to the European member states to block our EU accession talks. All those who want a European Macedonia better line up tomorrow and vote, Grubi said.

DUI was on the verge of being expelled from SDSM’s ruling coalition, after SDSM suspected the party of delaying the vote. Sunday should also be the last deadline to dissolve the Parliament, and failure to do so would have serious consequences for preparing the elections.