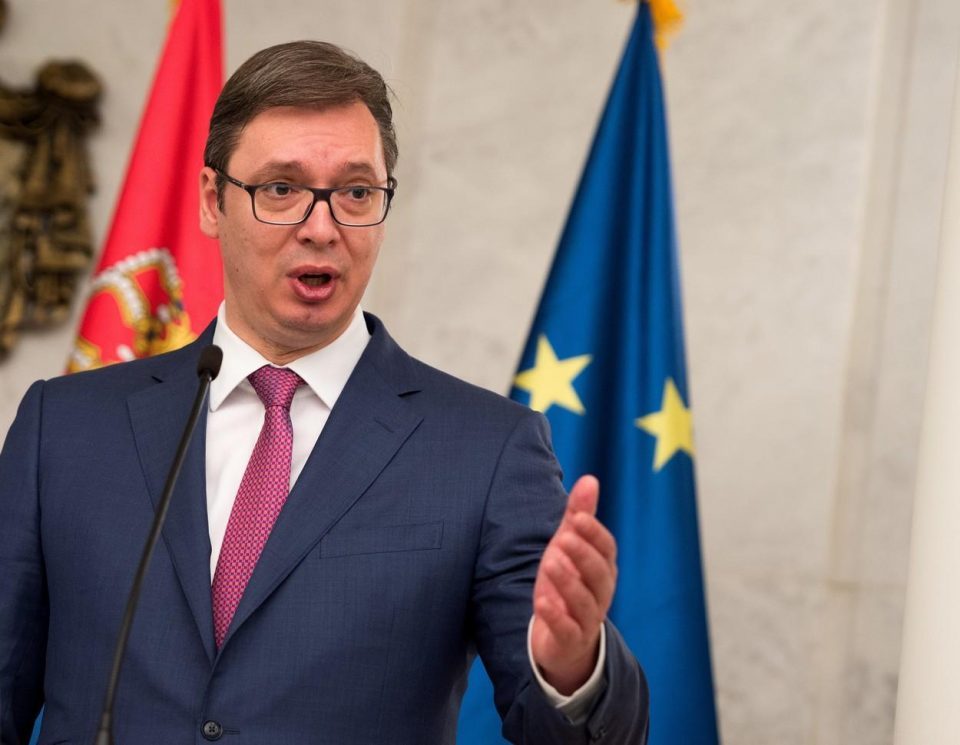 Serbian President Aleksandar Vucic commented on the supply of Covid-19 vaccines to Macedonia this morning. When asked by a reporter why he did that, Vucic said:

What would it be worth if we were healthy and the neighbors had problems, said Vucic, who believes Zaev’s resourcefulness contributed to Serbia giving 8,000 vaccines to our country.

And when should we help them? Of course, when they are having a hard time. It is the resourcefulness of Prime Minister Zaev, who fought for his country to provide vaccines. It is not only a fraternal move on our part, but a responsibility, and we have shown that we do not live in a closed circle. I am sure that if they were in the same situation, they would have helped us, said the Serbian president.

He said that Serbia has no problem helping Albania if necessary and described it as a normal relationship.

Vucic did not say whether the vaccines will be donated, or will be purchase by our country, as Prime Minister Zaev announced on Monday.

No vaccine proved more reliable than the others, Minister Filipce says

Healthcare Ministry: Ten percent of those hospitalized with Covid-19 are fully vaccinated