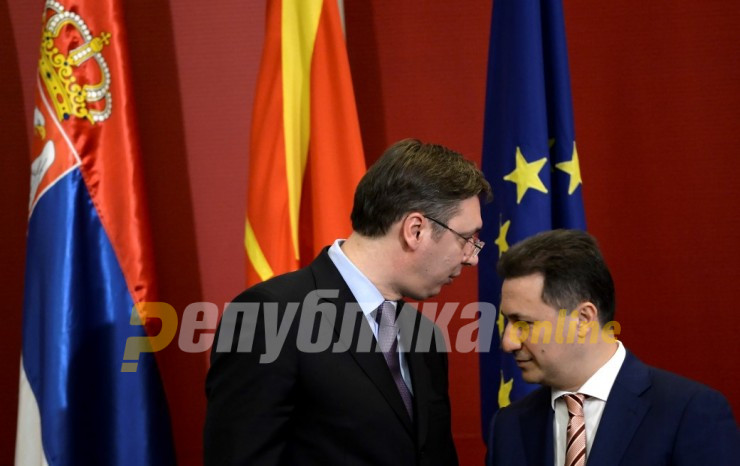 In a TV interview, Serbian President Aleksandar Vucic spoke about how frustrated he was when, under Gruevski, Macedonia would take nearly all companies that were looking to invest in the Balkans. Five dozen significant manufacturing companies, mainly from the automotive industry, set up shop in Macedonia between 2007 and 2015, when Gruevski was ousted in a Colored Revolution.

New investment in manufacturing all but stopped after the Colored Revolution, with the Zaev regime focused mainly on attracting marijuana companies. The manufacturing zones set up under Gruevski still provide the bulk of Macedonia’s exports and offer new jobs even during the current downturn.

Plaque of gratitude to Vucic for helping vaccinate Macedonian journalists