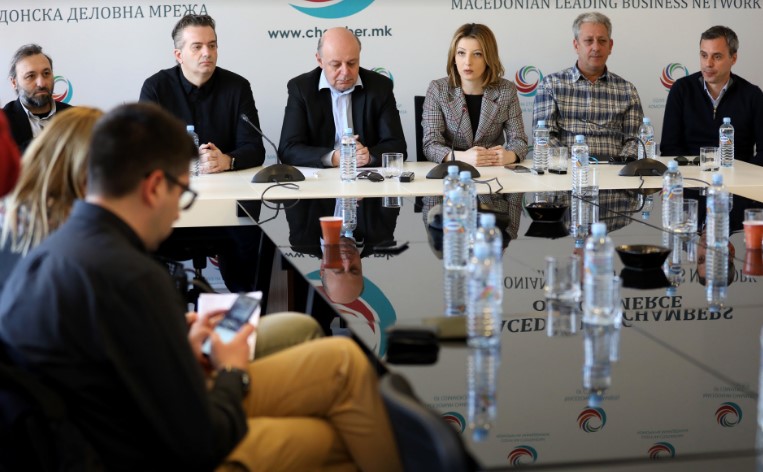 The law bans cable operators – a business dominated by the Deutche Telekom T-Home and the Austrian Telekom owned A1, from broadcasting channels that have not settled their copyright claims. Zoran Zaev’s SDSM party rushed the law through Parliament on its last session, which made it clear that there are serious interests behind its adoption. Zoran Trajcevski from the AVMU media regulator said that the adoption of the law was not done transparently, and the operators say it will force them to cut all TV channels from their offer, and will only broadcast the national MRTV channel.

The big five TV stations – Sitel, Kanal 5, Alfa, Telma and Alsat, united in the MMA association, have long asked for a curb on foreign broadcasting and demand that cable operators share a portion of their subscription receipts with the TV stations. The adoption of the law so soon before the elections left the impression that the ruling majority is trying to buy off the TV stations and will hope to receive favorable coverage during the campaign.

We repeat our position that the latest amendments to the media law, adopted in an expedited procedure, hours before the Parliament dissolved, were adopted in an un-transparent way without a possibility for a public debate. The amendments will lead to serious consequences. All objections from the IT chamber were ignored and it will force cable operators to stop broadcasting TV channels, the IT chamber of commerce, which represents the cable operators, said in a press release.

Cable operators insist that the goal of the law is to reduce the number of TV channels that will be broadcast in Macedonia. “This directly violates the directive of “television without frontiers” and is an attempt to introduce censorship”, the operators added, while denying that they’ve ever allowed the broadcasting of channels who have not settled their copyright obligations.

The TV stations, on the other hand, publicly called on the cable operators to fall in line with the new law and demanded that they continue broadcasting their channels, citing the need to inform the pubilc about the elections and the coronavirus epidemic.

The announcement from A1 and the Macedonian Telekom that they will stop broadcasting all channels is absurd. We guarantee for the copyrights of our programs, and we have no pirated programs. Therefore it’s not clear to us why wouldn’t they broadcast our programs. We have binding contracts with the operators and they can’t be broken in a period shorter than 30 days, said Telma TV director Atanas Kirovski, who also heads the MMA association.

Kirovski also accused the head of the AVMU regulator Zoran Trajcevski of “lying to the public” and called on him to resign after Trajcevski said that the new amendments were adopted in an un-transparent and rushed procedure.