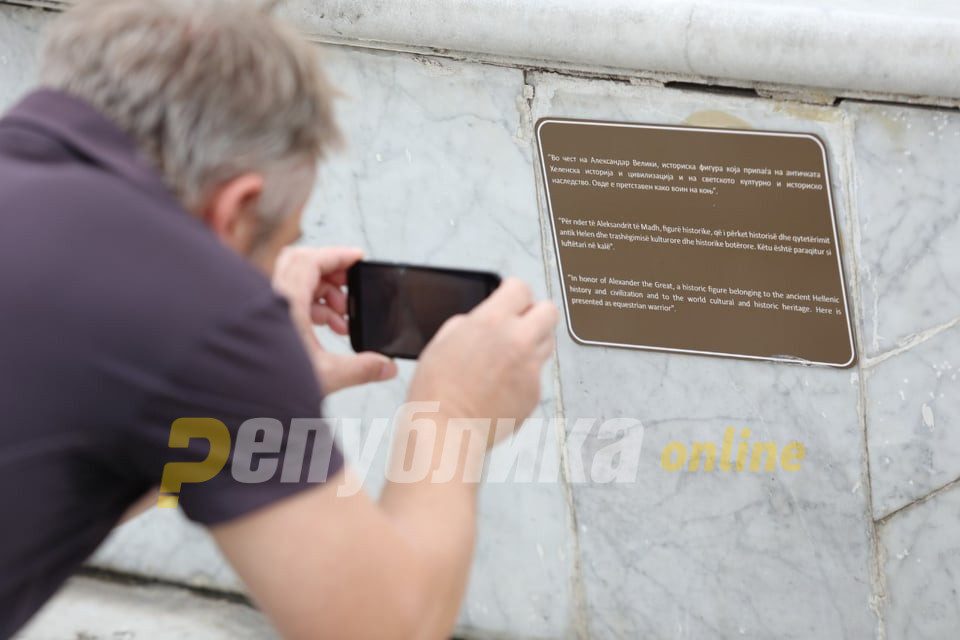 The installment of plaques on monuments has begun, and the Vergina Sun symbol is being removed from public institutions and public spaces, as well as public buildings and areas, in accordance with the Prespa Agreement

In honor of Alexander the Great, a historic figure belonging to ancient Hellenic history and civilization and to the world cultural and historical heritage. Here is presented as equestrian warrior, reads the new plaque on the “Warrior of Horse” monument on Skopje’s main square. 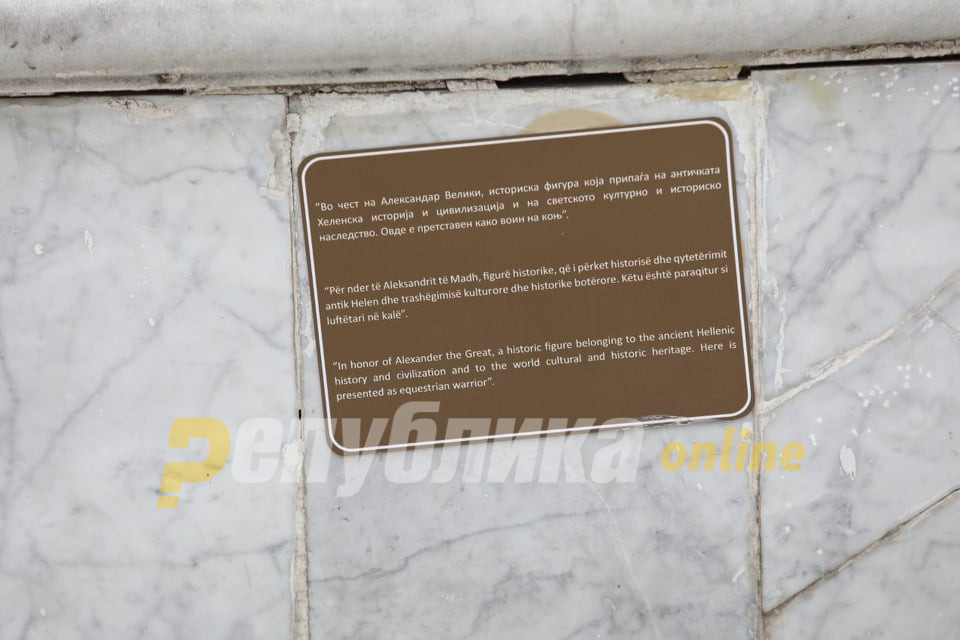 A plaque has been also put on the Olympia monument on the Ibni Pajko square reading:

In honor of Olympia, a historical figure belonging to ancient Hellenic history and civilization and to the world cultural and historical heritage.

The name of the monuments remains the same, but it is emphasized to be a historical figure from ancient Hellenic history. Other such monuments exist in several cities across the country. 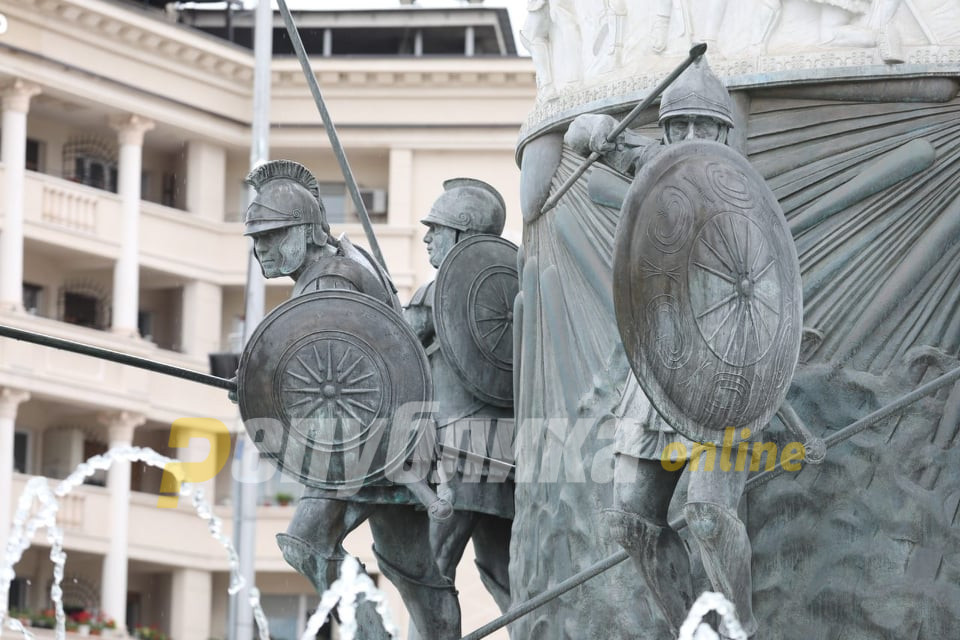 The plaques are written in Macedonian, Albanian and English.

The removal of the symbol of the country’s former flag – the Kutlesh Star from public institutions, buildings and public spaces has also begun. It is striking that it is even removed from the manholes in the capital. 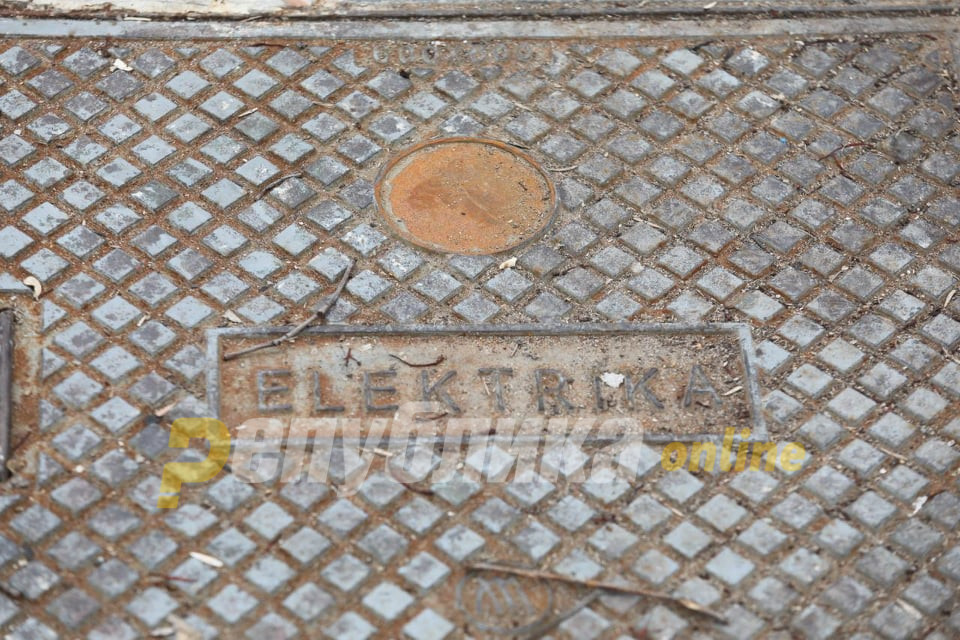 The installment of plaques follows after the government recommendation to local government units, state and public institutions, to respect the obligations of the Final Agreement for the Settlement of the Differences as Described in the United Nations Security Council resolutions 817 (1993) and 845 (1993), the Termination of the Interim Accord of 1995, and the Establishment of a Strategic Partnership between the Parties. 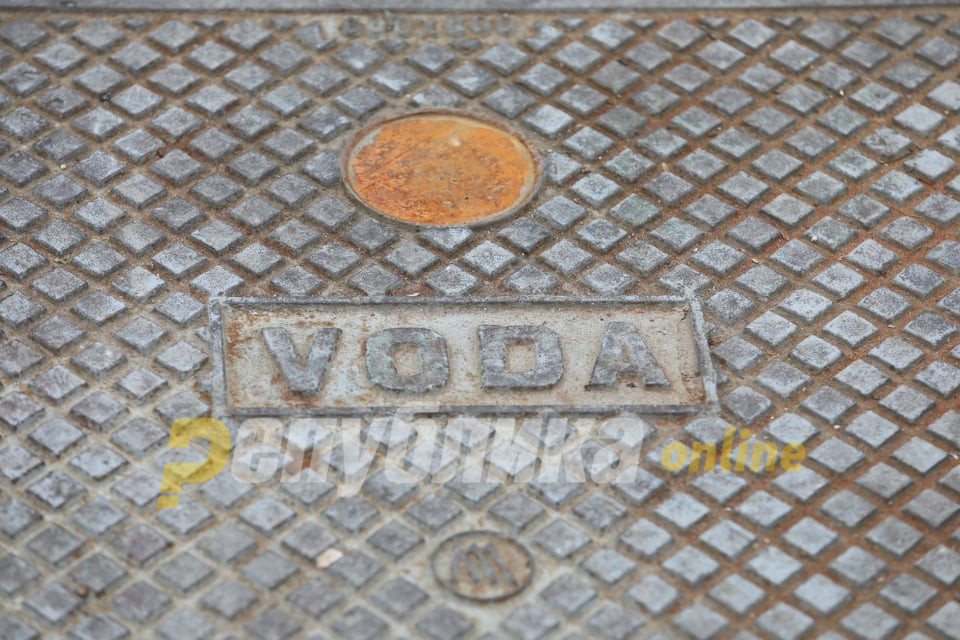 Article 8, paragraph 2 of the Prespa Agreement states: “Within six months of the entry into force of this Agreement, the Second Party shall review the status of the monuments, public buildings and infrastructure on its territory and if they in any manner whatsoever refer to the ancient Hellenic history and civilization, which forms an integral part of the historical or cultural heritage of the First Party, shall take appropriate corrective action in order to effectively address the issue and ensure respect for such heritage”. 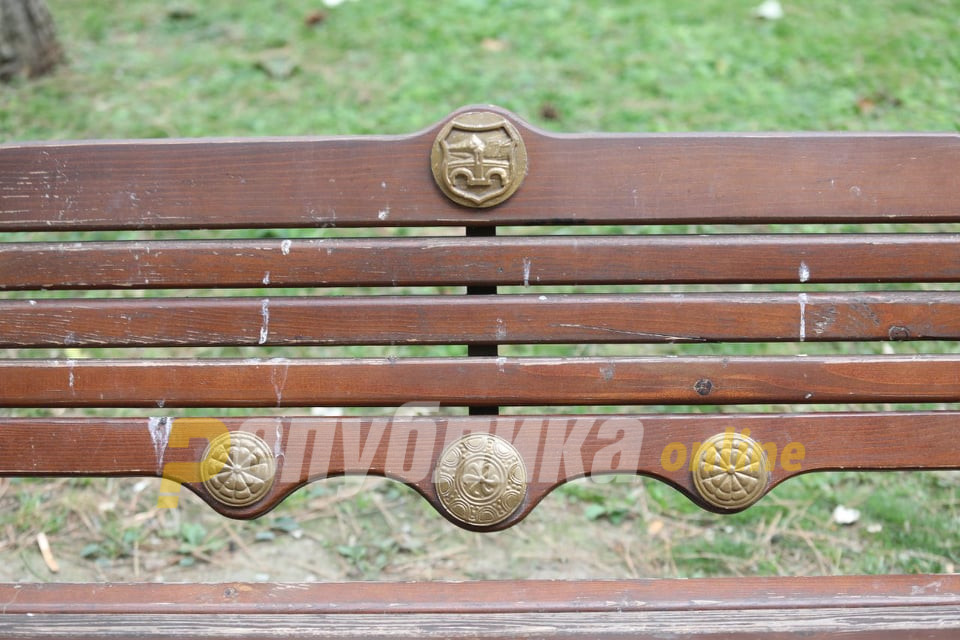 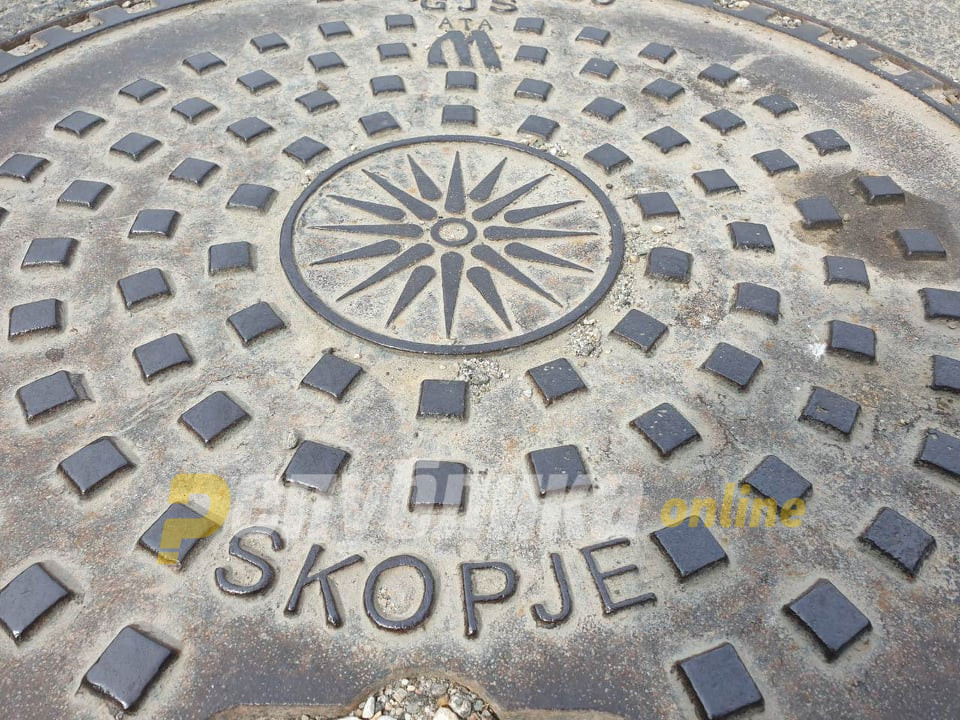 The installment of plaques and the removal of the Vergina Sun in Skopje is responsibility of the city authorities and is under constant video surveillance and attendant service. 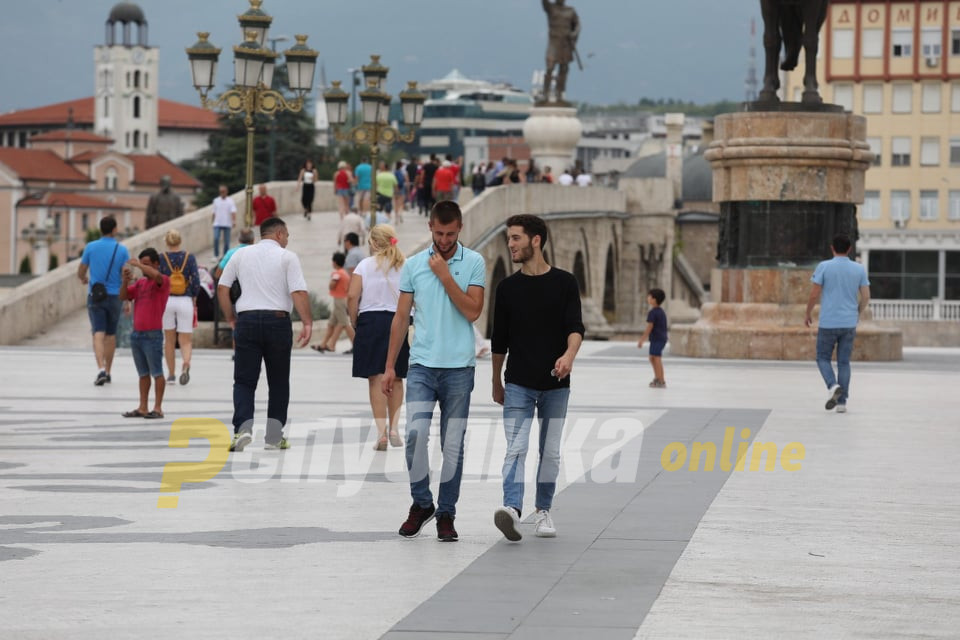 Minister of Local Self-Government Goran Milevski said at Wednesday’s press conference that the government’s decision to remove the Vergina Sun symbol applies to municipalities, state and local institutions and is now being implemented in accordance with the Prespa Agreement. Regarding the private use of the symbol, Milevski said it cannot be banned. As regards the monuments, it should be specified that they belong to the ancient Hellenic history.