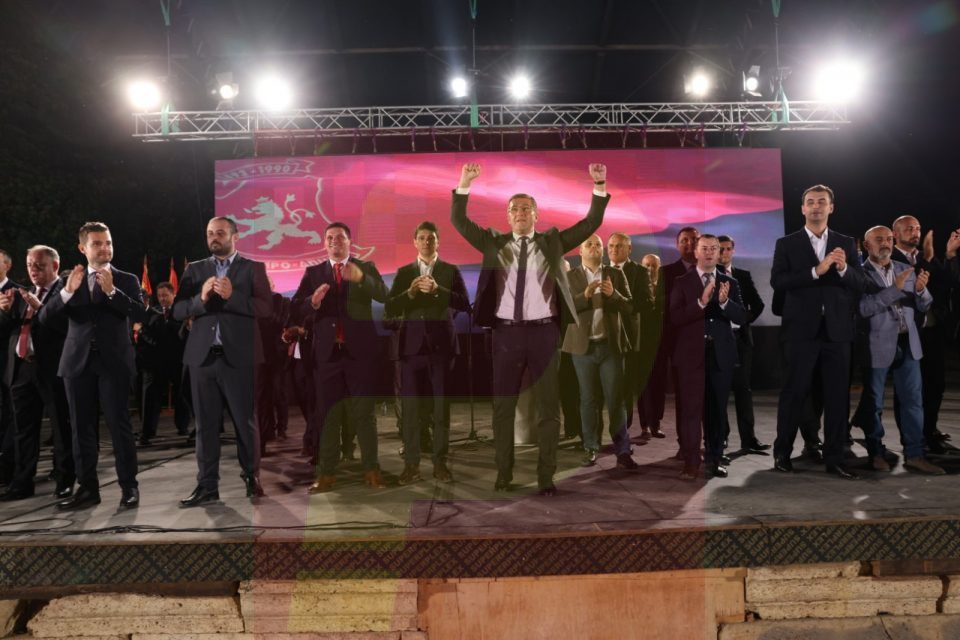 VMRO-DPMNE is on the verge of a wave election as the list of major cities and municipalities where the party won in the first round continues to grow.

Stip is added to the list – it was considered a very difficult race for the opposition due to the popularity of the incumbent SDSM Mayor Sasko Nikolov. Another race where SDSM had an over the average candidate – Nenad Kocic in Veles – also seems looks a certain win for the VMRO candidate Marko Kolev in the first round. Further south, VMRO is expected to easily hold Kavadarci, where it supports its sometimes unreliable candidate, local businessman Mitko Jancev. Sveti Nikole is also a certain gain for the VMRO candidate Dejan Vladev, the opposition party is briefing the press. Vinica and Pehcevo were already declared as VMRO first round gains, as well as rural municipalities Jegunovce, Bosilovo, Mogila, Novaci, Karbinci and Gradsko.

These cities and municipalities are added to Prilep, where the party seems to have a clear win over SDSM. The bad news for SDSM continue with reports that VMRO is in the lead in Bitola and Ohrid, which were considered to lean left, and even in Skopje’s Centar district.

In the capital, VMRO is clear to win in Kisela Voda and Gazi Baba, and also expects first round victories in Gjorce Petrov and Aerodrom, as well as in the rural municipalities of Sopiste and Petrovec. A rare piece of good news for SDSM is their reported lead in Butel, where ethnic Albanian voters are helping the SDSM candidate.

SDSM is cheated from an expected easy win in Kumanovo due to divisions with their incumbent Mayor Maksim Dimitrievski, who ran an independent campaign and leads going into an expected run-off. This leaves SDSM in the lead only in Skopje’s Karpos district and in Zaev’s hometown base of Strumica, as well as a smattering of smaller municipalities. For a party that dominated the 2017 local elections, and deprived VMRO of all significant city halls, today’s elections look like a complete reversal.