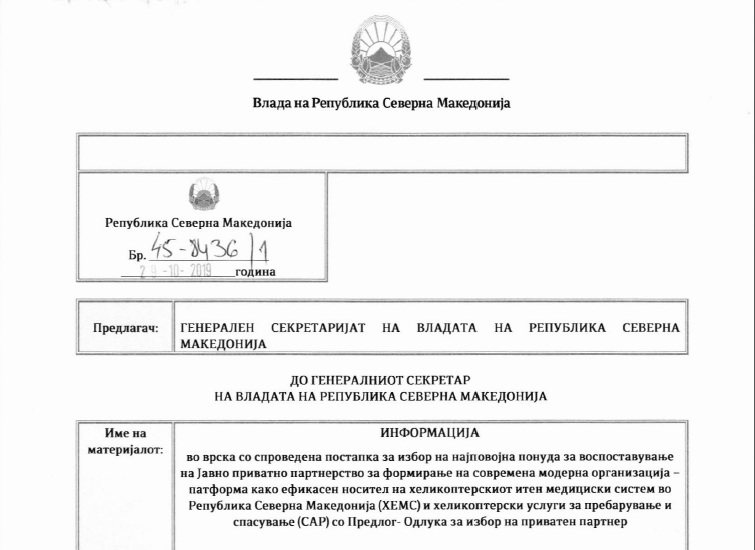 The Vecer.mk news portal published the report of the Public Procurement Commission, which the secretary-general and the government do not show to the public. It contains a series of legal violations that have been identified by members of the Commission and is signed by Secretary General Dragi Raskovski. The document is not marked as classified, so it is unclear why it is being hidden from the public. There is also no indication of whether it complies with EU regulations or not. These are the omissions on the first page of the report that Vecer.mk exclusively published.

Analysis of the report of the Public Procurement Commission

The report was adopted by the government on October 29 this year and a decision has been made to choose Sarhems, when this report also received the archive number. At a briefing with reporters, Secretary General Raskovski said that 5 companies had responded to the public call. The report he signed states that only one bid has been received, the one from Sarhmes. Whether anyone has suggested to other companies to withdraw in the process, or whether Raskovski is not telling the truth, remains unclear.

Founded just 24 days before the public call, the company succeeds in submitting a document that has done similar work in the last 5 years as this public-private partnership and that it has a TCDS aviation certificate, thanks to a consortium appearance. Carefully reading the report, it is noted that the confirmation that Sarhems has done such a similar job in the last 5 years has been submitted after the deadline of October 10, or October 16 and again someone had to conclude that it was legal. 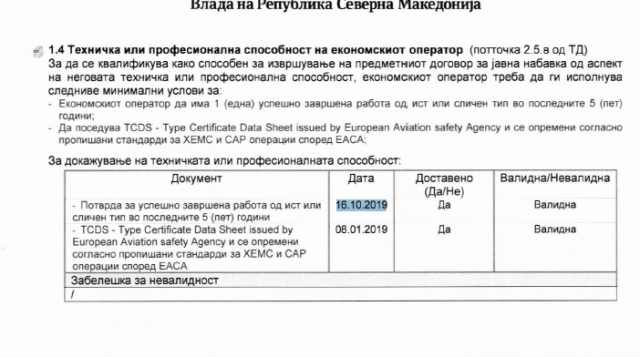 The financial structure of this report is missing.

On page 36 of the report, somebody stated that the bidder Sarhmes had submitted all the documents requested by the Commission in a timely manner. 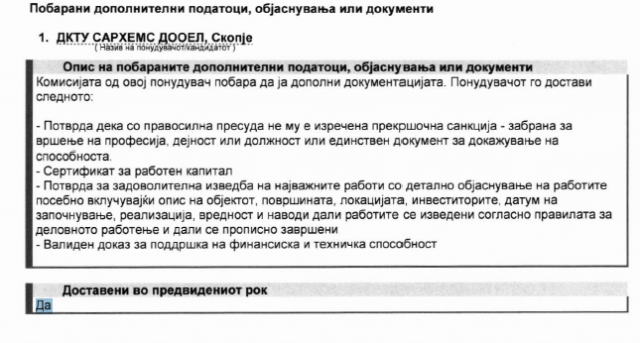 But half a paragraph below, in a separate opinion, two members disagree with this report, giving separate opinions, and some signatures of commission members are missing.

One of the separate opinions is classified and not included in this report, while the second is partially incorporated. 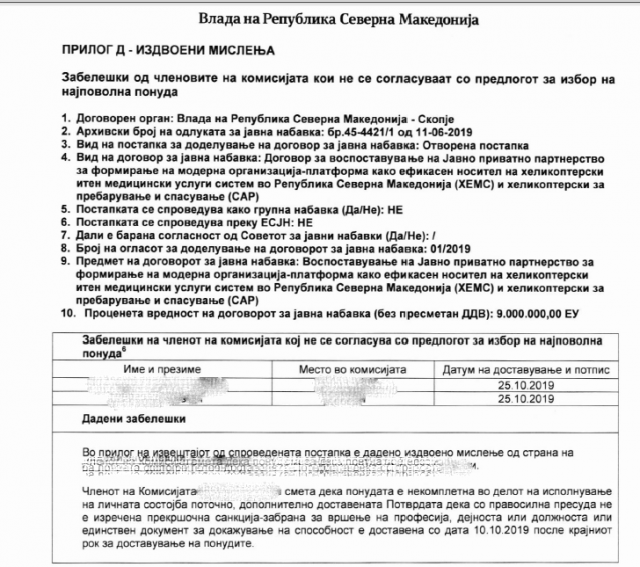 One of the commission members stated that Sarhems had not submitted all the necessary documents within the deadlines, ie also the confirmation that there is no court judgment issued to ban it from doing business and management – was submitted after the deadline, October 10.

On page 37, opinions by institutions are also separated that were not attached to this report. 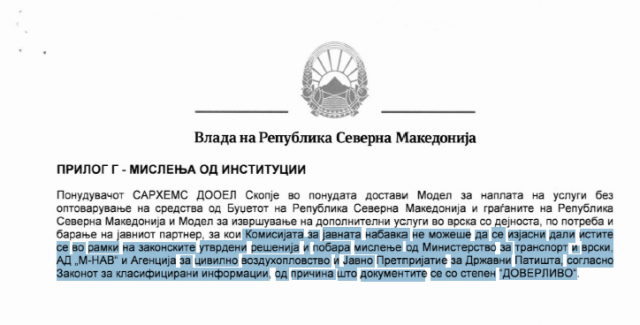 The Public Procurement Commission concludes that in order to determine that the payment model proposed by Sarhems is legal, opinions must be given by the Ministry of Transport, M-NAV, CAA, Public Enterprise for State Roads. But the opinions are classified and are not included in this document adopted by the Government.