Petre Silegov was convincingly defeated in the elections for mayor of Skopje by Danela Arsovska. What was announced after the first round came true after the second. The difference of about 8,000 votes rose to 30,000.

What is the reason for that?

There are several reasons and the largest is the black campaign that Silegov and Zaev led against Danela Arsovska related to the alleged Bulgarian passport. The low blows against her, accompanied by defamation on social networks, billboards and in the media, had the opposite effect. 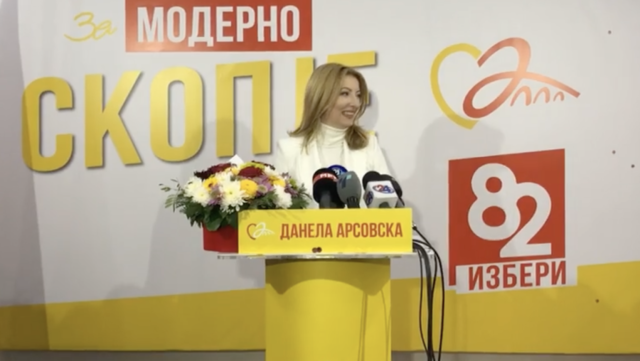 On the other hand, Arsovska led a positive campaign all the time and spoke only about projects for managing the city, which in the end the citizens recognized.

The arrogance that Silegov demonstrated during the whole campaign when he had nothing to brag about what he did contributed to many of SDSM supporters voting against or simply not to going to the polls and thus send a clear message.

That Silegov simply could not avoid defeat is shown by the fact that Arsovska had a convincing lead in almost all Skopje municipalities except in Centar and Saraj.

Saraj, though, is a special story.

Where Silegov expected to make up for the loss of votes did not happen. He got 8,450 votes in the first round and 7,549 in the second.

So not only did he not get the expected votes but the number decreased. Why is that remains to be seen and whether with this DUI sent a message to Zaev for clearly not supporting their candidate Arifi in Tetovo.

Finally, the final blow to Silegov was given by Petar Georgievski-Kamikaza and Arben Shakiri with their call not to vote for Silegov. That certainly brought several thousand more votes on Arovska’s account.