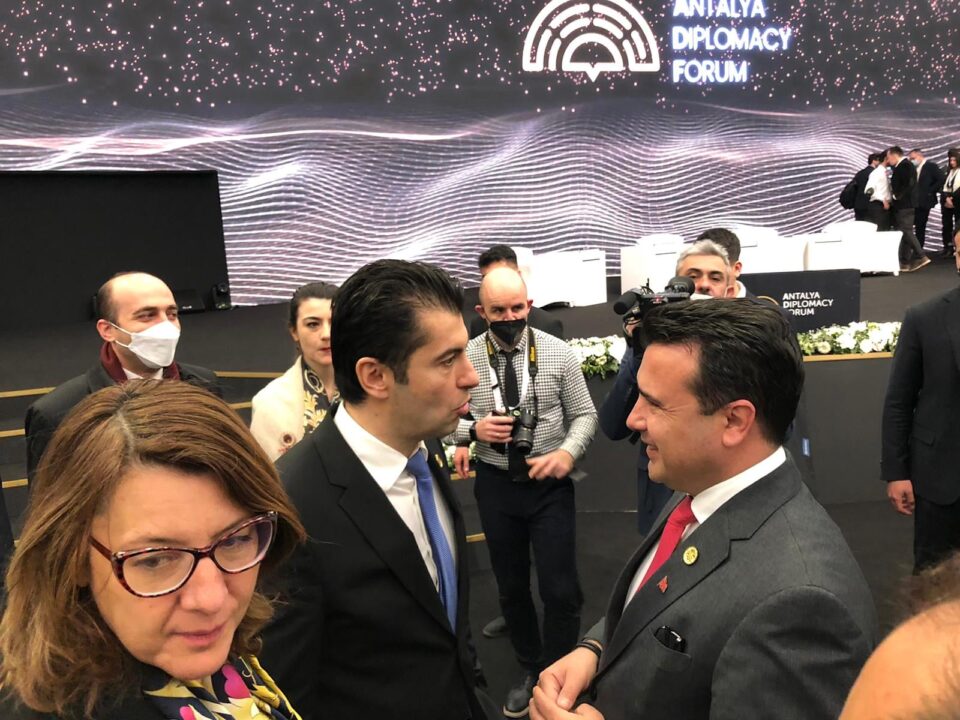 In what capacity was Zoran Zaev meeting with the Bulgarian Prime Minister Kiril Petkov in Turkey, asks VMRO-DPMNE?

Zaev no longer holds any office in Macedonia. He attended the Antalya forum this weekend, along with former Healthcare Minister Venko Filipce, and met with Petkov. Zaev and Petkov initiated talks on the growing dispute Bulgaria is raising against Macedonia, but Zaev’s resignation meant that the issue is now handled by his handpicked successor Dimitar Kovacevski.

Is Zaev the actual Prime Minister, while Kovacevski is just his pawn, and is failing at the task Zaev assigned him? Kovacevski continues to refuse our proposal to reach a national unity consensus on the dispute and will not ask Bulgaria for written guarantees of our history, language and the Macedonian identity, the opposition party said in a statement.